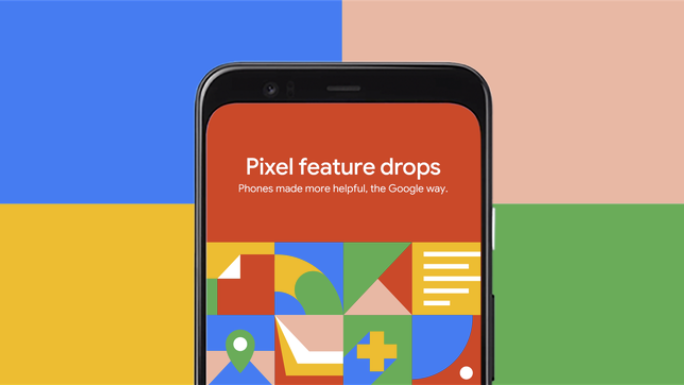 Although the Pixel 4 and 4 XL only launched a little over a month ago, Google has today announced a number of new features are coming to the Android flagships, with “the first Pixel feature drop” of many set to roll out this month.

The new update will arrive on Pixel 4 handsets in the coming weeks and includes three main features: the ability to add background blur to photos after you’ve taken them, robocall screening and improved Duo video calling.

As mentioned, the update allows you to select any picture stored in the Google Photos app and dial in a variable amount of portrait-style background bokeh to your shot, essentially highlighting your subject by enhancing the photo’s depth of field.

For some photos, the ability to add this blur will show up as a suggested action when opening the picture, but you can manually access it on any photo by heading to ‘edit’ then bumping up the ‘blur’ slider in the ‘levels’ tab.

The robocall screening feature is only available in the US to begin with, and it works by screening any unknown number before it even has a chance to ring on your phone. If a robocaller is detected, the call will be automatically declined, but if it’s a real person, your phone will “ring a few moments later with helpful context about who is calling and why”.

Video calls made with Google Duo will have a few new nifty features as well. Auto-framing will automatically detect your face and keep it centered when on a call, and if it detects someone else joining the shot, it will widen the frame to fit them in.

Improvements to audio and video quality during Duo calls have also been made, with machine learning used to predict audio in the event of a dropout, as well as compatibility for the Pixel 4’s 90Hz Smooth Display.

Some other updates mentioned include improved Maps accuracy for the Pixel 4, background blurring in Duo calls for Pixel 2, 3, and 4 devices, improvements and additions to the Digital Wellbeing service, and better memory management for all Pixel phones.

Slipped in towards the end of the blog post is news that the Pixel 4 range will also be receiving the recently updated Google Assistant, although it’s currently only available in English and in the UK, Australia, Canada, Singapore, and Ireland.

In the blog post, it’s mentioned that the Pixel phones have always received monthly updates for performance and security, but now “feature drops will bring more helpful and fun features to users on a regular basis”, so it sound like Pixel owners can expect more to come in future.