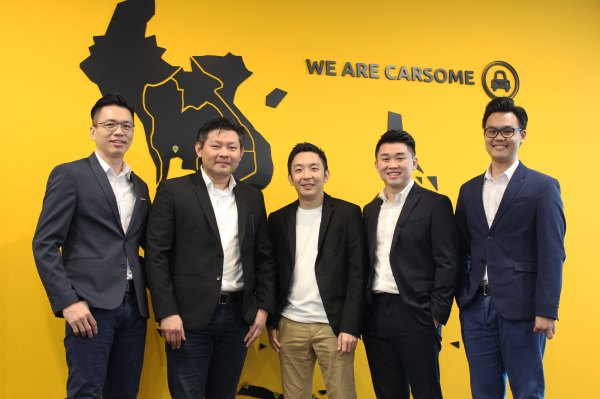 Carsome, a Malaysia-based marketplace for trading users cars, has closed a new $50 million financing round to fend off its rivals and grow its business in Southeast Asian markets.

Existing investors including Gobi Partners and Convergence Ventures also participated in the round, which pushes four-year-old startups’s total raise to date to $85 million.

Carsome operates one of the largest car trading platforms in Southeast Asia, connecting individuals who wish to sell cars with dealers. The startup is today operational in Malaysia, Indonesia, and Thailand and claims its platform sees more than 40,000 cars worth more than $300 million trade on the platform.

The startup, which employs about 700 people and has been used by more than 6,000 dealers, also offers dealers and sellers with financing options.

Carsome uses an online auction model to conduct sales, with prospective cars typically listed the day after they are submitted by consumers following a check-up conducted by the startup’s staff.

That approach allows dealers to check in at a set time each day to look over the cars on offer, while the focus on vetting autos quickly — Carsome can dispatch vehicle checkers directly to a prospective seller’s home — means that consumers can quickly get a sale.

The auction model adds competition and the potential for a seller to make more money than they originally anticipated. That’s a dynamic, as my former colleague explained, that is tricky to replicate in other static sale models.

Eric Cheng, co-founder and chief executive of Carsome, told TechCrunch that the startup is attempting to challenge “opaque and inefficient” middle parties that “exploit the misinformation in the market.”

He added, “we want to establish a brand and a standard that advocates trust, transparency, consistency of service and quality assurance across the region that people and businesses can rely on to make their purchasing decisions.”

The startup, which competes with a number of players including Carro in Singapore, BeliMobilGue in Indonesia, and Carmudi, plans to use the fresh capital to expand to more markets in Southeast Asia such as the Philippines.

Cheng said Carsome aspires to become “the Visa/Master network of auto transactions, and build a collaborative ecosystem of partners to provide the best experience to consumers in Southeast Asia.”