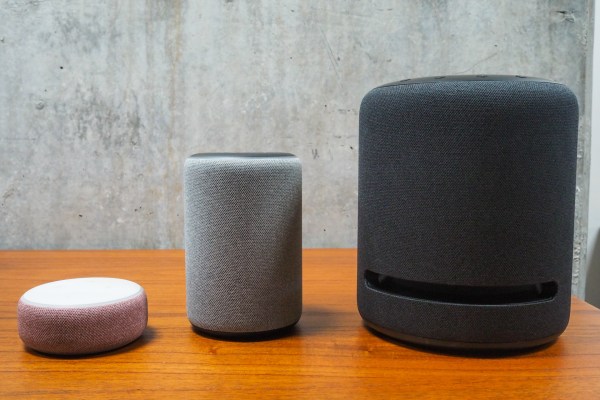 Amazon Alexa can now play podcasts from Apple, making Amazon’s line of Echo devices the first third-party clients to support the Apple Podcasts service without using AirPlay. Before, this level of support was limited to Apple’s HomePod. According to Amazon, the addition brings to Alexa devices Apple’s library of more than 800,000 podcasts. It also allows customers to set Apple Podcasts as their preferred podcast service.

The move is the latest in a series of partnerships between the two rivals, which also included the launch of the Apple TV app on Amazon’s Fire TV platform, as well as the launch of Apple Music on Echo devices and Fire TV. Amazon, in response, has expanded its assortment of Apple inventory to include Apple TV, iPad, iPhone, Apple Watch and more.

To get started, Apple users who want to stream from Apple Podcasts will first need to link their Apple ID in the Alexa app. Customers can then ask Alexa to play or resume the podcasts they want to hear. Other player commands, like “next” or “fast forward,” work, too. And as you move between devices, your progress within each episode will also sync, which means you can start listening on Alexa, then pick up where you left off on your iPhone.

In the Alexa app’s Settings, users will also be able to specify Apple Podcasts as their default player, which means any time they ask Alexa for a podcast without indicating a source, it will stream from the Apple Podcasts service.

Not to be outdone, Spotify also today announced its support for streaming podcasts on Alexa in the U.S.

Of course, Spotify Premium users have been able to use Spotify Connect to stream to Echo before today.

But now, Spotify says that both Free and Premium U.S. customers will be able to ask Alexa for podcasts as well as set Spotify as their default player.

Alexa’s support for Spotify podcasts was actually announced in September (alongside other news) at Amazon’s annual Alexa event in Seattle, so it’s less of a surprise than the Apple addition.

At the time, Amazon said it was adding support for Spotify’s podcast library in the U.S., which would bring “hundreds of thousands” of podcasts to Alexa devices. That also includes Spotify’s numerous exclusive podcasts — something that will give Echo users a reason to set Spotify as their default, perhaps.

Shortly after that announcement, Spotify said its free service would also now stream to Alexa devices, instead of only its paid service for Premium subscribers.