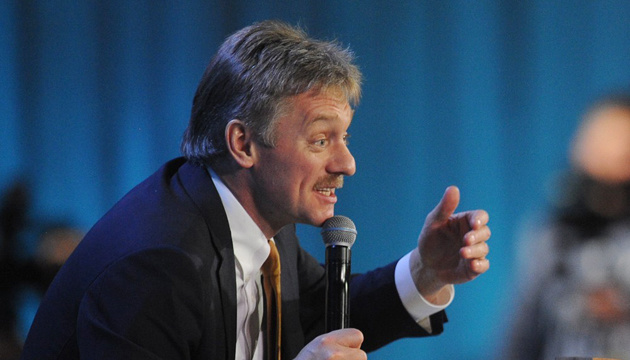 The Kremlin says the introduction of amendments and additions to the Minsk agreements is possible if representatives of Kyiv finalize and coordinate them together with “experts” from certain areas of the Donetsk and Luhansk regions.

“This [introduction of amendments and additions to the Minsk agreements] is possible. Who can work on Minsk-3? Two parties. Therefore, if experts from Kyiv sit in the [Trilateral] Contact Group or outside it with experts from ‘DPR’ and ‘LPR,’ then they are likely to be able to work on any amendments or additions to the Minsk complex of measures,” he said, commenting on a statement by Ukraine’s representative in the Trilateral Contact Group on the settlement of the conflict in Donbas, Oleksiy Reznikov, that Ukraine will prepare amendments to the Minsk agreements before the Normandy Four summit.

Ukraine’s representative in the political subgroup of the Trilateral Contact Group in Minsk, Oleksiy Reznikov, said that the Minsk agreements needed to be revised in order for them to “work.” According to him, Ukraine will prepare a plan of changes to the Minsk agreements before the next Normandy Format meeting, which is scheduled for March 2020.

Later, Reznikov said in an interview with LB.ua that it was completely unclear what “representatives” should be delegated. “It is not written even in the complex of measures. They are not identified. The Trilateral Contact Group meets in the following composition: Russia, Ukraine, OSCE. They [representatives of certain areas of the Donetsk and Luhansk regions] are called invitees.”