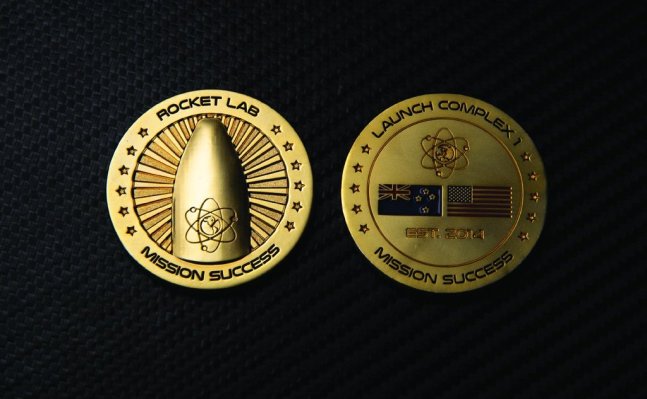 Rocket Lab’s merch store has pretty much what you’d expect from a space-themed gift shop – baby onesies, t-shirts, caps and mission patches. But the commercial rocket launch company just added its latest product, and it’s a bit different from their standard fare: For just $7.5 million, you can own a “Gold Mission Success coin” for a “dedicated mission,” in either LC-1 (Rocket Lab’s New Zealand launch facility) or LC-2 (the company’s new Virginia-based US launch site) flavors.

The coin is “triple plated gold,” but its material composition isn’t the reason for the high price. And in fact, there is a way to get one absolutely free – all you have to do is purchase a dedicated launch aboard one of Rocket Labs’ Electron launch vehicles. That makes sense because the cost for Rocket Lab’s dedicated launch services (when you’re not splitting the cost across a long list of small payloads from multiple customers) appears to be right in that range.

If you just want the coin and not the 56-foot, 27,000+ lb rocket, however, Rocket Lab’s latest product is for you. The detailing on the coin’s face and back looks pretty nice, and it’s a relatively large coin as far as coins goes, since it looks like its probably around double the diameter of a quarter, at least.

If anyone’s feeling generous, this is now at the top of my holiday wish list – but I want both obviously so I can have a full set.