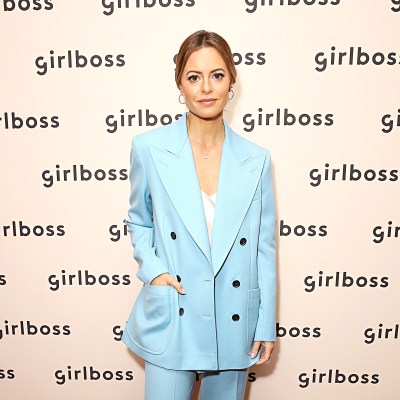 Attention Capital, a new outfit that buys, builds and scales media brands, is acquiring Girlboss, the female-focused multi-media business founded by Sophia Amoruso, who will join the firm as a founder partner.

A spokesperson for Girlboss declined to disclose terms of the deal but said Attention Capital has acquired 100% of the business. Girlboss had raised $3.1 million in venture capital funding in 2017 from Lightspeed Venture Partners.

Today’s announcement represents Amoruso’s second exit, though her first M&A deal was more of a rescue operation. She previously founded and led the millennial retailer Nasty Gal, growing it from a small eBay store to a fashion giant that observed more than $300 million in sales at one point in time. Ultimately, Nasty Gal lost its way. The business filed for Chapter 11 bankruptcy protection in 2016 after raising $65 million over its 10 years of operation.

In 2017, Nasty Gal was acquired for $20 million. Meanwhile, Amoruso was on to a new and similarly venture-backed business, one born out of the success of her book, #GIRLBOSS, which the company said has sold more than 500,000 copies since it was published in 2014.

“Girlboss is built on the idea of powering growth through community,” Girlboss chief executive officer Amoruso said in a statement. “The Girlboss movement’s viral success makes evident that women are more successful if they have access to each other and can share their experiences.”

Attention Capital, founded by media heavyweights former Fox Networks Group president Joe Marchese, Snap’s former head of content Nick Bell and former Palantir executive Ashlyn Gentry, seeks to acquire media and technology platforms that “properly measure and value attention and are positioned to exponentially benefit in a market correction of the attention economy.” The new firm plans to raise up to $500 million, according to earlier reporting. Attention Capital has previously acquired a majority stake in Tribeca Enterprises through a deal led by James Murdoch’s Lupa Systems.

“Girlboss is an internationally known brand that is redefining what it means to be entrepreneurial—it’s not just starting your own business, it’s taking a risk, looking for that next role, making a career switch and taking a step into the unknown,” Gentry, the former senior vice president of commercial growth and business strategy at Palantir, wrote in a statement. “Millions of women feel more comfortable going on this journey because they know they have Sophia and the global Girlboss community right there with them. The loyalty and passion that this brand captures makes it a massive market opportunity and at Attention Capital we’re looking forward to working with the team on Girlboss’s expansion.”