Fact Checking the Last Democratic Debate of the Year Politics 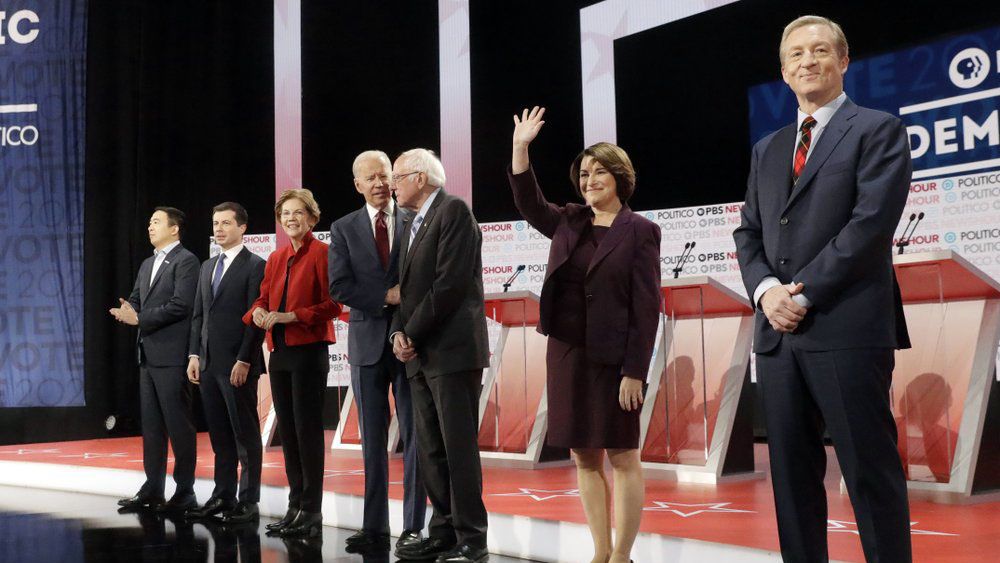 LOS ANGELES — The seven Democratic presidential hopefuls gave it their all during the last debate of the year, as they touched on topics from health care to the impeachment of President Donald Trump. Let’s see how true their claims were on Thursday night.

U.S. Bernie Sanders, who according to the Washington Post spoke for the longest time by clocking in at 19.9 minutes, said this:

“Today in America, we have the highest rate of childhood poverty of almost any major country on earth.”

This is not the first time Sanders has said this, but PolitiFact found in 2015 that this claim is from a 2012 UNICEF report and that report used data from 2009.

Since then, another UNICEF report has been released that shows America’s childhood poverty rate as being lower than eight other countries that were actually ranked better than the U.S. In the 2009 study.

#DemDebate FACT CHECK: Bernie Sanders says we have the highest rate of child poverty than every country on Earth. MOSTLY FALSE. Though he is supported by a 2012 UNICEF study, two more, including a more recent UNICEF, call this a falsehood. pic.twitter.com/hMdo8pJFKT

Amy Klobuchar had quite the exchange with Mayor Pete Buttigieg, but her response to him was correct.

“Senator, I know that if you just go by vote totals, maybe what goes on in my city seems small to you. If you want to talk about the capacity to win, try putting together a coalition to bring you back to office with 80 percent of the vote as a gay dude in Mike Pence’s Indiana,” the mayor from South Bend, Ind., said.

Klobuchar came back with, “Again, I would … Mayor, if you … If you had won in Indiana, that would be one thing. You tried, and you lost by 20 points. I’m sorry, that’s just the facts.”

That is true. In 2010, Buttigieg ran for Indiana state treasurer and lost to the Republican incumbent by 62 to 37.

#DemDebate FACT CHECK: Pete Buttigieg’s assertion that in no county in the US can a person making minimum wage afford a two-bedroom apartment is TRUE, according to National Low Income Housing Coalition stats. pic.twitter.com/xZuLA37gnB

“If you look at the international polling that’s been done, that the Chinese leader is rated above the American president,” he said.

According to a 2018 pew research study, this is true. The study rated world leaders based on the confidence level that they would do the right thing regarding world affairs.

#DemDebate FACT CHECK: Joe Biden says that 24% of America’s 54 million K-12 students are Hispanic. According to a 2016 study, the real number of Latino students is 25%. pic.twitter.com/G9O3dopIRz

According to an UN report, this is true.  A 2018 report by the UN’s committee on the Elimination of Racial Discrimination found that upwards of 1 million Turkish-speaking Muslims were being held in so-called “Counter-extremism centers” and another 2 million had been forced into so-called “Re-education camps” for political and cultural indoctrination.

“In terms of their military buildup, it’s real, but it would take them about 17 years to build up to where we are,” said Biden.

This is an accurate claim made by the former vice president. According to a 2018 government report on the status of China’s military reorganization and modernization efforts, it was estimated that 17 years later, by 2035, if not before, China would likely be on a level playing field with the United States when it comes to operations throughout the entire Indo-Pacific Region.

#DemDebate FACT CHECK: Joe Biden’s claim that China will take 17 years to match America’s military might is likely to be TRUE, according to a 2018 report, however this is a prediction, not a certainty. They already match us in many areas, and continue to gain. pic.twitter.com/48fJwkk1GR

U.S. Sen. Elizabeth Warren had a few things to say about health care, such as, “Last year, 36 million Americans didn’t have a prescription filled because they couldn’t afford it, and those are people with health insurance, as well.”

#DemDebate FACT CHECK: Elizabeth Warren says that last year 36 million Americans didn’t get prescriptions filled because they couldn’t afford it. According to a study on her site, provided by the Commonwealth Fund, that number is estimated at 37 million, but still mostly TRUE. pic.twitter.com/FNYcboT70r

According to a study posted on Warren’s campaign website by the Commonwealth Fund, an estimated 37 million Americans did not get a prescription filled because they could not afford it.

That number, by the way, down from an estimated 50 million people in 2012.

“It has gotten so bad that our life expectancy, as a country, has declined for the last three years because suicides and drug overdoses have overtaken vehicle deaths for the first time in American history,” he said.

Yang has been using this claim as part of his campaign for a while, and this past March, the fact checkers at PolitiFact took a look at it.

Where Yang gets dinged is on the three-year decline. The data shows that there was no decline between 2015 and 2016, and the numbers Yang was citing came from data compiled through the end of 2017.

#DemDebate FACT CHECK: Andrew Yang’s claim that almost half of Fortune 500 companies were founded by first or second generation immigrants is TRUE, according to a July 2019 study. pic.twitter.com/x5YhivYymV