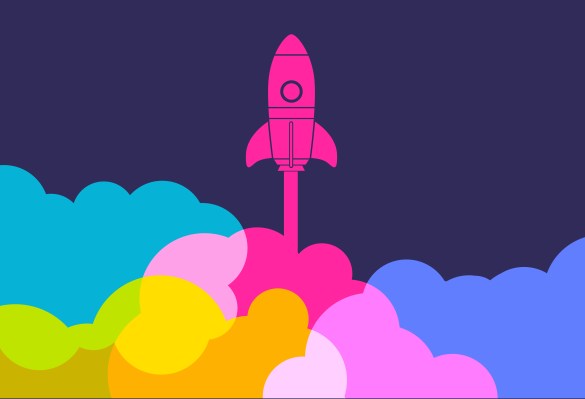 I’m not a venture capitalist. I don’t play one on TV, either (though I might if anyone asked!). Still, after many years of covering startups, including as an editor with TechCrunch, in a daily newsletter I publish called StrictlyVC, and at numerous media outlets before that (anyone remember the early years of Red Herring magazine?), there have always been startups that stand out a little more than others.

This is not to say that what I find intriguing will be a predictor of success. A lot of great ideas never find a broad or lucrative base customer base. Some perish owing to mismanagement or misadventure(!) or good-old competition. Note, too, that what I’m about to feature is a small sampling of a much broader pool of companies I’d include if I had all the time in the world and you did, too.

I’m also keeping the focus on fairly young companies — they’re mostly only seed-funded at this point — that represent a wide variety of industries and markets and that (with one exception) were funded in the last couple of months, along with many hundreds of other startups. What is interesting, and not intentional, is how few of these picks are based in the Bay Area — an amazing region in many ways but also one that’s lost its earlier stranglehold on talent and great ideas (a good thing).

Xilis. This Durham, North Carolina company just yesterday announced a $3 million seed round to continue working on its microfluidic organoid technology. What’s that mean? In this case, the company says its tech creates 10,000 micro tumors from a single cancer biopsy, then tests which cancer treatments will or won’t work for a patient — presumably expediting the time it takes to find the most effective treatment for that person. Can it cure cancer? Who knows, but the company was founded by Duke professors who are also medical oncologists. They say that they’re also finding success already in clinical trials. My colleague Jon wrote about the company here.

Terradepth. It’s a 16-month-old, Austin, Tex.-based company that was founded by two ex-Navy SEALs and aims to use autonomous submersible vehicles to provide access to deep-ocean information on a data-as-a-service basis, which we’d guess plenty of industries could use!  The company just raised $8 million in funding led by Seagate Technology, the hardware company, and it has number of competitors, but I like this idea directionally. Let’s face it —  oceans do cover roughly 70 percent of the Earth’s surface. Darrell wrote about this one earlier this week.

Apostrophe, an eight-year-old, Oakland, Ca.-based dermatology telemedicine startup that makes it easier to receive medications and treatments over the phone, announced $6 million in seed funding earlier this month led by SignalFire, with participation from FJ Labs. There are at least half a dozen other telemedicine companies focused on dermatology. We don’t pretend to know which is best. But given that skin is the largest organ we have, combined with fact that ultraviolet radiation reaching Earth’s surface has steadily increased in recent decades owing to decreasing levels of stratospheric ozone, it would seem to us that enabling people to get diagnosed as quickly and conveniently as possible is a strong move. (By the way, if you’re wondering how Apostrophe specifically makes money, it also has a mail-order pharmacy.) Jordan wrote about Apostrophe here.

Conservation Labs. This one is a 3.5-year-old, Pittsburgh, Pa.-based startup whose tech takes measurements from a building’s pipes, then translates those signals to assess water flow estimates and detect leaks. The company has raised $1.7 million in seed funding, including from the Amazon Alexa Fund, and we like that it’s good for the world, good for building owners, and tackling a very big industry. As the company itself is quick to note, there are more than three trillion gallons of water wasted each year in the U.S alone, costing the country $70 billion.

Aircam. People are both vain and impatient, two reasons why on a very superficial level, we like this roughly two-year-old, Santa Monica, Ca.-based startup that allows anyone to get instant access to pictures taken by professional photographers at weddings, parties and other events. That its founders are brothers who sold their last company to Apple inspires some confidence, too. So far, the company has raised $6.5 million in seed funding led by Upfront Ventures, with participation from Comcast Ventures, and Anthony wrote about it last month.

BuildOps. This is a 1.5-year-old, Santa Monica, Ca.-based maker of a field service and business process software platform for small and mid-size subcontractors working in commercial real estate that has raised $5.8 million across two tranches of seed funding, including a round that closed this fall. BuildOps is one of an astonishing number of startups trying to take a bite out of the commercial construction industry, on which hundreds of billions of dollars are spent each year in the U.S. alone. It’s also targeting a segment of the market where there is no go-to player yet. While lots of architects and property owners and large general contractors are already reliant on different software packages, the small and medium-size contractors and subcontractors who work on buildings typically still work operate in separate and distinct silos, and they — along with building owners — could benefit greatly from software like BuildOps that brings together the overall picture so unnecessary missteps, miscommunications, and expenses can be avoided. Jon had covered this one, too.

Medinas is a two-year-old, Berkeley, Ca.-based marketplace for reusable medical equipment, which is right now largely sold directly by equipment companies that largely just list what they’re looking to sell in what in 2019 seems like an awfully clunky approach. Medina instead works with dozens of medical centers to assess what they have and what they need — and need to ditch — then handles all aspects of the sale, from early inventory checks to shipment and reinstallation. It’s a big market (almost $38 billion, according to one market research group), but we also like that it’s helping developing regions in need of equipment, as Crunchbase News noted when it wrote about the company in October. Think CT scanners sent off to Cambodia, ventilators shipped to India, and defibrillators packed off to Mexico. Medinas raised $5 million in seed funding a couple of months ago, led by NFX.

Mable. This year-old, Boston-based wholesale commerce platform is trying to help small food and grocery businesses stock their shelves with local and emerging brands, which sounds kind of quaint — even boring — but is actually a huge opportunity as envisioned by Arik Keller, whose last company was acquired by Facebook. Small to medium-size grocery stores, brands, and distributors are part of a $650 billion market that comprises roughly 150,000 independently owned grocery and convenience stores — and most of them apparently buy goods and restock their shelves through phone calls, emails and texts. Keller, a former PayPal product director who later bought a grocery store, realized that if he can give them a mobile app that helps them manage their procurement, he can make these business owners’ lives easier, as well as more defensible against companies like Amazon and Walmart. As for Mable’s revenue, some grocers pay a monthly fee for the service; in other cases, Mable is getting a cut from brands like new specialty food companies that it’s helping find their way into new locations. So far, the company has raised $3.1 million in seed funding.

Phylagen. It’s a 4.5-year-old, San Francisco-based data analytics startup that says it’s creating a microbial map of the world for everything from food to textiles to counterfeit goods to determine from where it came. It’s basically looking for an item’s ‘DNA footprint,’ meaning the unique combination of bacteria, fungi and pollen that adheres to a product wherever it’s made and also to its packaging. It’s a big and growing market that it’s targeting. According to Allied Market Research, the food traceability market alone is expected to become a $14 billion market by next year.  Worth noting, Phylagen is a little further along in its fundraising ‘journey.’ It closed on $14 million in Series A funding earlier this year, including from Cultivian Sandbox, Breakout Ventures and Working Capital.

Bunch is a 2.5-year-old, San Francisco-based app that, once downloaded, can connect friend via audio or video chat with friends who are playing mobile games. Sure, it might seems like a lightweight idea compared to, say, Tissium, a company that’s further along along the funding front and building a vascular sealant out of synthetic polymers, which sounds like important work! But in a society where people are increasingly “apart together” — and study after study shows that social ties boost our longevity — the app has wide appeal and makes a lot of sense. The fact that this startup raised seed funding — $3.85 million in November — from top game makers, including Supercell, Tencent, Riot Games, Miniclip and Colopl Next, also means a lot. Specifically, it means (we think) that these companies would prefer to partner with Bunch than to ice it out. Jordan had covered this one, too; it’s worth checking out.