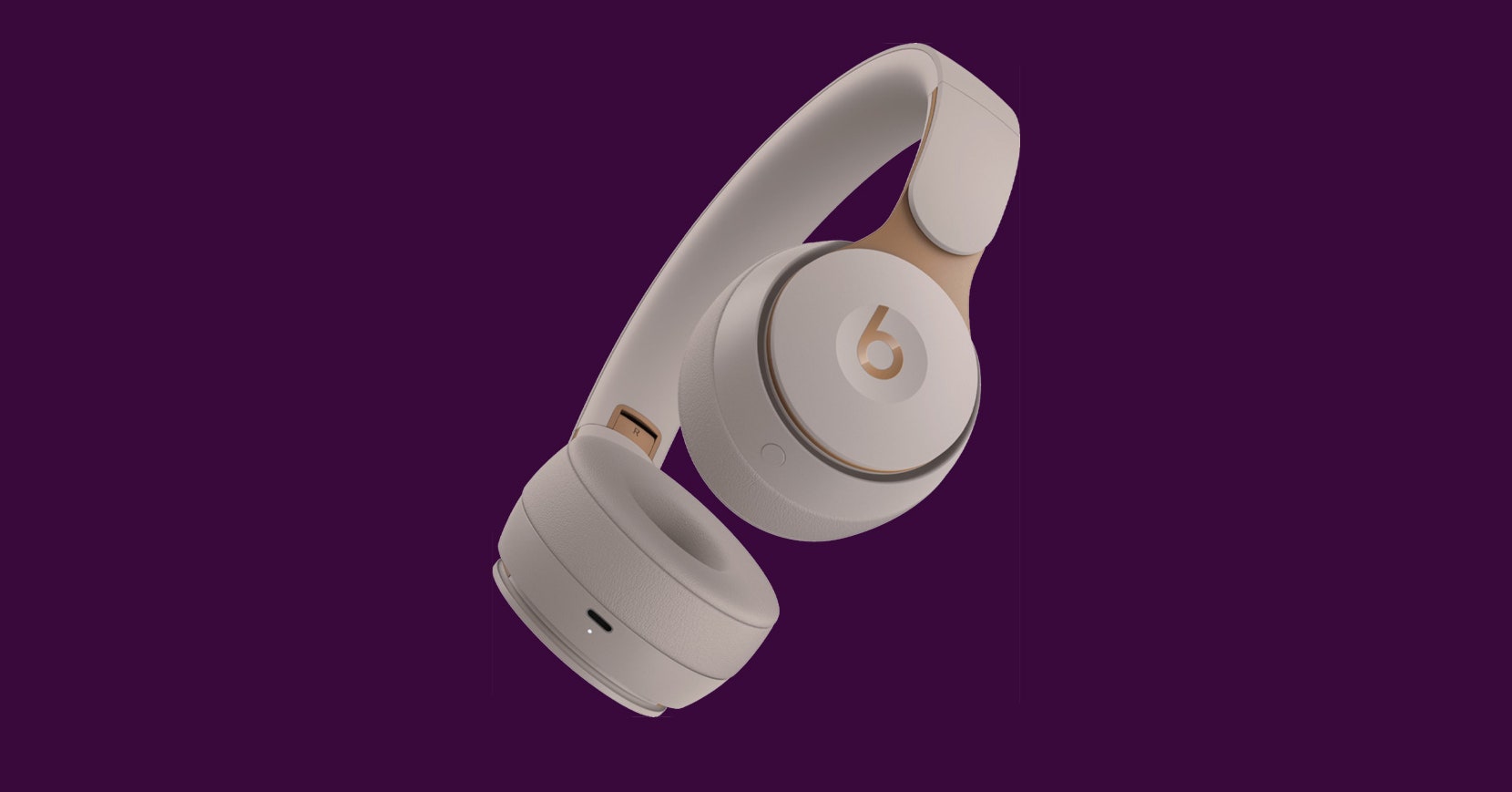 The only thing I dislike about the Beats Solo Pro—the company’s new noise-canceling on-ear headphones—is how they require a lightning cable to charge.

That’s a big deal, not because this Android user keeps forgetting the proprietary cable, but because it’s a critique that would have been buried in most other Beats reviews I’ve ever written.

Early Beats headphones were plasticky, overpriced, and had so much bass they could rattle themselves off a table. But people bought them—as fashion statements. However, ever since Apple bought the company—earning Beats’ founders $3 billion in the process—the products have improved considerably. Five years later, the Beats Solo Pro are some of my favorite headphones of 2019.

It makes me happy the new Beats are so much better than its predecessors. Even though I didn’t always like the products, it was hard to not root for the company’s success from the get-go. When Beats launched, the audio world was dominated by old white men. Watching Dr. Dre, Lebron James, and other prominent early Beats backers disrupt the industry (and its previously drab branding) was exciting, even if the products weren’t. Finally, the excellent branding now matches the goods.

It may seem odd given Beats’ past design strategy, but I like the Solo Pro because of its inconspicuous nature. Sure, you can still order them in Pharrell-endorsed schemes like orangey-red and bright blue, but in the sleek all-black colorway of my review unit, they’re some of the most elegant looking headphones I’ve tested in months.

Apple’s minimalist design aesthetic has leaked over in all the right ways. The sleek, round earcups feature only a single visible button (to turn the noise canceling on and off). Instead of using small, hard to distinguish controls like other headphones, the outside of the right cup covers up a three-way rocker that does everything else. Press the middle of the earcup to play and pause music or change songs, whereas the top or bottom will adjust the volume. Quick double presses will even change tracks. If only all headphones were this simple.

There’s no power switch, too. The headphones have sensors that turn them on and off when you unfold and fold them, so they’re on and paired before you get them on your head. I did occasionally forget to fold them up (and thus turn them off) after listening sessions, but I quickly grew into the habit. It also made me much more likely to use the included soft case for storage, which I rarely do with other headphones when I’m not traveling.

Comfort-wise, there’s a lot to love. The clamping force is perfect—tight enough that you’ll feel adequately sealed from the outside world, and loose enough that you don’t feel like there’s a tiny man with your head in a vice grip.

A rubberized headband makes them surprisingly stable compared to other on-ear headphones. I took them to the gym and was able to lay down on the bench, run two miles, and use the leg press machine without so much as an adjustment. They’re not officially water- or sweat-resistant, but Beats said they can handle heavy rain and sweat; it might be safe to look at workout headphones specifically built to withstand the elements, like the Beats Powerbeats Pro, but these should hold up.

$300 is a lot to ask for a pair of headphones, but this time the company has made sure you’re getting your money’s worth.

First and foremost is the included noise canceling. The Solo Pro doesn’t quite offer the same reduction you’ll get from more expensive over-ears like the Sony WH-1000XM3 (8/10, WIRED Recommends) or Bose Noise Cancelling 700, but they’re not far off—an absolute coup for any on-ears.

I frequently had to be tapped on the shoulder when people were originally speaking to me from mere feet away, and the headphones all but eliminated the clack of my mechanical keyboard and loud HVAC system. One odd thing I noticed? Pouring coffee, at least for me, came through clean as a whistle. Your guess is as good as mine.

Speaking of coffee breaks, you’ll get through several full workdays before you find yourself hunting for that lightning cable: The Solo Pro’s 22 hours of battery with noise canceling on is fabulous and even better is how you get a whopping 40 hours with noise canceling turned off. Those numbers are up there with the best headphones we’ve tested, and fantastic for a pair this compact.

You can even summon Siri with your voice on iOS or MacOS devices, which is slick for adding something to your shopping list before heading out the door. And if you’re on Android, you can chat with Google Assistant by pressing the button.

The many ears at Beats have slowly adjusted the company’s bass-heavy signature to something much more balanced in recent years. I first noticed this with the Powerbeats Pro (8/10, WIRED Recommends), which are still some of the best workout headphones you can buy. Like the Powerbeats, the Solo Pro lean on the low end but add increased definition instead of outright boom. Kick drums and low-end synthesizers stand out clearly below the other sounds in a mix, but it doesn’t rumble the musical structures above too badly.

These headphones are not made to reproduce sound in a flat, clinical way, but they don’t sculpt the sound so much that your tunes morph into something unrecognizable. Instead, they make everything sound just a bit more fun than I’m used to on models at this price.

It’s easy to see why athletes love them. The combination of low-end definition and crisp high-end detail make the Solo Pro absolutely rip through Ty Segall’s fuzzed-out guitar on Fanny Dog, pumping me up even when I’m taking out the garbage.

It also comes as no surprise that Billie Eilish is a Beats endorser; I love what they do to darker mixes like Eilish’s Xanny, where they bring clarity and power at the same time.

I’m not here to tell you these are audiophile-grade headphones, but they are clear evidence that Beats has come a long way since the horrible sounding models they charged similar money for a decade ago.

A Small Problem for a Great Product

Once again, we return to my biggest gripe with the headphones: That damn lightning cable. I’m not a fan. It’s also a bit lame they don’t have a wired input, for plugging into in-flight entertainment on airplanes, and I do wish you could use your voice to activate Google Assistant.

And yet, even for Android users like me, I recommend them wholeheartedly.

At the end of the day, the Solo Pro are a fantastic alternative to more expensive noise-canceling models from Sony and Bose. It doesn’t matter what you’re listening to, where you are, or what kind of phone you have, these are some of the best wireless headphones you can buy.