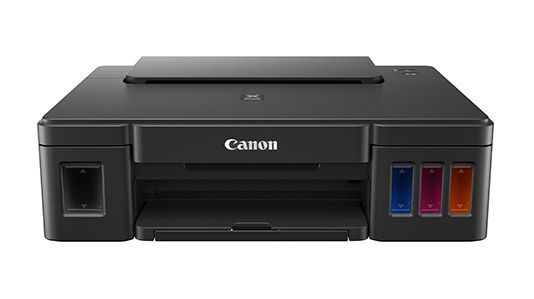 Walmart was one of the first to coin the term super tank for printers that eschew the ubiquitous cartridge system that made the fortune of the likes of HP inc(k) and replaced them with a fixed permanent reservoir that needed refills from time to time.

If you want to get your hands on such a device, Canon currently sells the cheapest super tank printer, the Pixma G1200, for a mere $150 direct.

If you can afford it, though, we strongly suggest getting the G2200 which cost $160 (only $10 more) and gets you a scanner in addition, essentially converting it into an all in one printer.

If you are looking for an all-in-one printer at a bargain price, you won’t find anything better than this at the moment. The specs are more than decent for a small home office environment and good enough for a few sheets every now and then.View Deal

The G1200 comes with four ink tanks with a full refill of the four costing about $60. You do get a starter kit of four bottles when in the box.

Canon claims that the PIXMA G1200 printer replacement inks do the work of up to 30 conventional ink cartridge sets. That translates to 6,000 black pages and 7,000 color pages, making it far cheaper than cartridge-based printers and ideal for as a small business printer.

On the down side, it may not be the fastest of printers, with a rated output of just nine pages per minute at a resolution of up to 4800 x 1200dpi – although it does offer borderless printing. Its output paper tray is similarly lightweight at 100 sheets.

While it doesn’t solve two of the most recurrent issues associated with inkjets; the clogging of heads and the soggy paper syndrome, the use of the continuous ink system translates into cheaper, much cheaper printing costs.