The year of the gig worker uprising 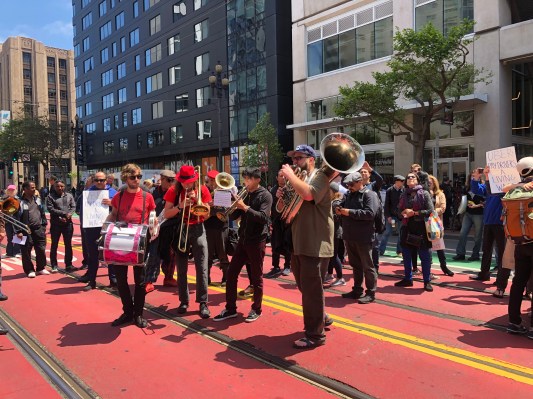 2019 was a momentous year for gig workers. While the likes of Uber, Lyft, Instacart and DoorDash rely on these workers for their respective core services, the pay does not match how much they’re worth — which is a lot. It’s this issue that lies at the root of gig workers’ demands.

“This past year has been a pivotal year not only for gig workers but for workers across the tech economy,” Gig Workers Rising co-organizer Lauren Casey told TechCrunch. “That unto itself is a win — to see mass mobilization of workers across apps, across sectors and across positions.”

Instacart workers kicked off the year with a class-action lawsuit over wages and tips, and spoke out against Instacart’s practice of subsidizing wages with tips from customers. The suit alleged Instacart “intentionally and maliciously misappropriated gratuities in order to pay plaintiff’s wages even though Instacart maintained that 100 percent of customer tips went directly to shoppers. Based on this representation, Instacart knew customers would believe their tips were being given to shoppers in addition to wages, not to supplement wages entirely.”

While Instacart now pays workers their full wages plus 100% of tips, workers take issue with the fact that Instacart’s suggested default tip decreased from 10% to just 5%.

In October, Instacart shoppers went on strike for 72 hours across the nation. Instacart responded by getting rid of a $3 quality bonus. This month, Instacart shoppers are engaging in six days of actions in protest of the company, including filing a complaint with the U.S. Department of Labor as well as filing a wage claim.

“We’re still just trying to get this one tiny thing: double the default tip percentage,” Instacart shopper and protest organizer Sarah (pseudonym) previously told TechCrunch. “We’ve tried endlessly to get them to raise the base guarantee pay. But we feel like, fine, at least give us the higher default tip.”

Meanwhile, DoorDash still has yet to offer back pay to workers who were subjected to the misappropriating of tips. In protest of Instacart, DoorDash and Postmates, labor group Working Washington delivered bags of peanuts their respective offices as a symbol of the pay workers receive.

“This was the year gig workers built a movement that seized control of the future of work from the tech lobbyists and venture capitalists,” Sage Wilson of Working Washington told TechCrunch.