Everything coming to Disney Plus in January 2020, including The Lion King 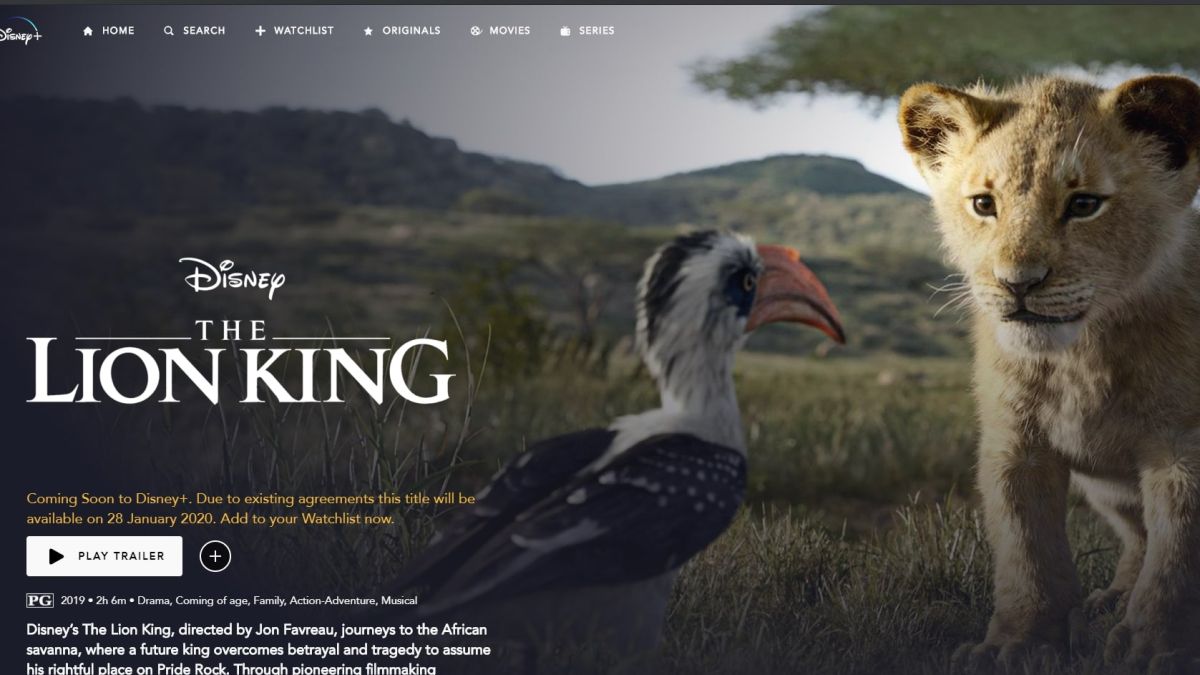 Disney has released its complete list of programming coming to Disney Plus in January 2020 in the US. It’s really, really long, but the number of obvious highlights is fairly lean. The live-action Aladdin (2019) and The Lion King (2019) are the big headliners. The former is coming to the service on January 8, while the latter arrives later in the month on January 28.

Both of these movies can now be added to your watch list. This means just a couple of Disney’s big-hitters from 2019 are missing release dates on the streaming service: Toy Story 4 and Maleficent: Mistress of Evil.

There are a few other highlights worth pointing out, too. The 2003 movie Holes starring Sigourney Weaver is widely considered one of the better Disney live-action movies of the last few decades, and you can watch that now. The third season of The Runaways, probably the best pre-Disney Plus Marvel TV adaptation other than Netflix’s Daredevil, joins Disney Plus from Hulu on January 10.

New episodes of various Disney Plus originals like Pixar’s SparkShorts and The World According to Jeff Goldblum are also on the way. Here’s a trailer of what’s coming up:

Disney Plus January 2020 list: The Lion King and more

And here’s the list of content coming to Disney Plus in January, and when you can start watching this stuff. A lot of the list, it’s worth pointing out, landed on the service on New Year’s Day, including Cool Runnings: