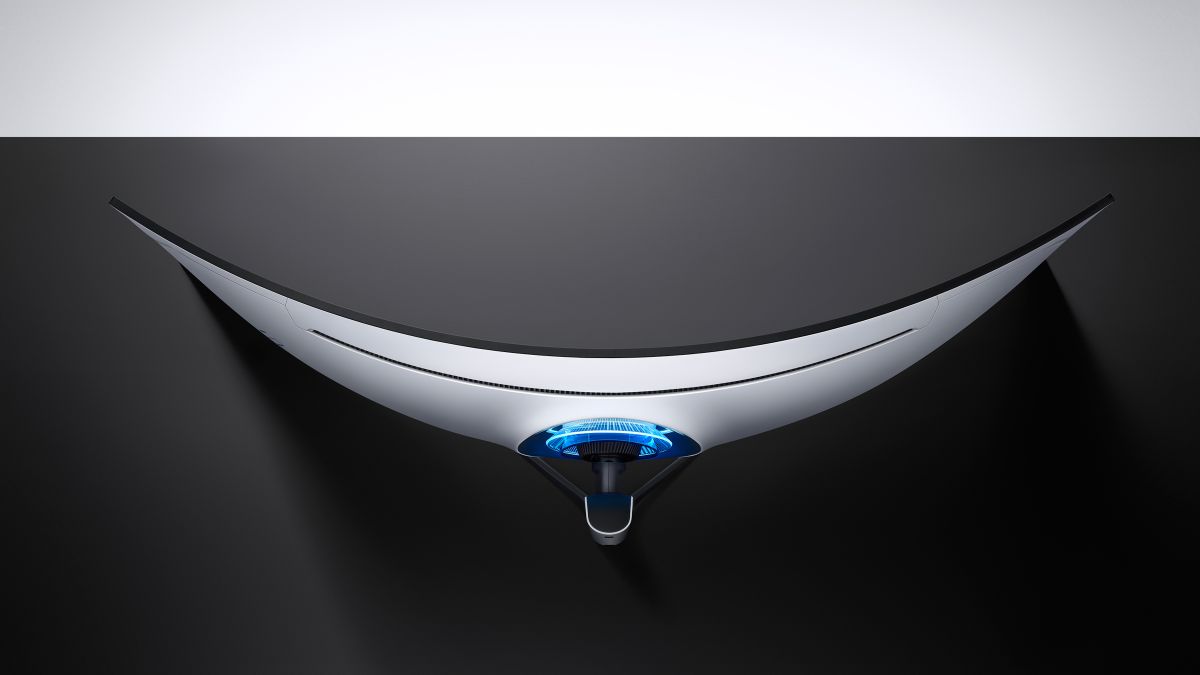 There are a few things to look forward to this coming CES 2020, and among them is Samsung’s latest addition to its Odyssey curved gaming monitor line. Set to make its debut at this year’s CES event, the G9 gaming monitor is clearly designed for the ultimate gaming experience.

Created specifically for “intense games,” as Samsung puts it, the G9 gaming monitor boasts an impressive 1000R display curve, the deepest curve ever seen on a super ultrawide 32:9 aspect ratio gaming monitor. That makes the G9 gaming monitor the first of its kind on the market, complete with a glowing rear core and a white chassis so it looks like a robot beast from the future inside and out.

Samsung also gives this 49-inch monitor a refresh rate of 240Hz, 1ms response time and a Dual Quad HD (DQHD) 5120×1440 resolution so you’ll really feel like you’re inside the game. And, for good measure, it also gives it Nvidia G-Sync Compatibility as well as AMD Radeon FreeSync 2 support.

If a 49-inch gaming monitor is simply too big for your gaming space, don’t worry. You can still take home your very own 1000R gaming monitor without upgrading your desk.

Samsung is also set to release its G7 gaming monitor, which comes with similar features as the G9 ­– namely that 1000R display curve – only in 32-inch and 27-inch models. With an aspect ratio of 16:9 and Quad HD (QHD) 2560×1440 resolution, the G7 monitors may not be as impressive in terms of size and picture quality. However they’ll deliver the same level of performance with their 240Hz refresh rate, 1ms response time, Nvidia G-Sync Compatibility and AMD FreeSync 2 support.

Both 32-inch and 27-inch G7 models come with the glowing rear core design as well, though only in black chassis.

Samsung has yet to release the prices for both the G9 and G7 gaming monitors, but we’re sure we’ll find out as soon as CES 2020 rolls around.