The Witcher on Netflix now has an interactive map, and it’s amazing 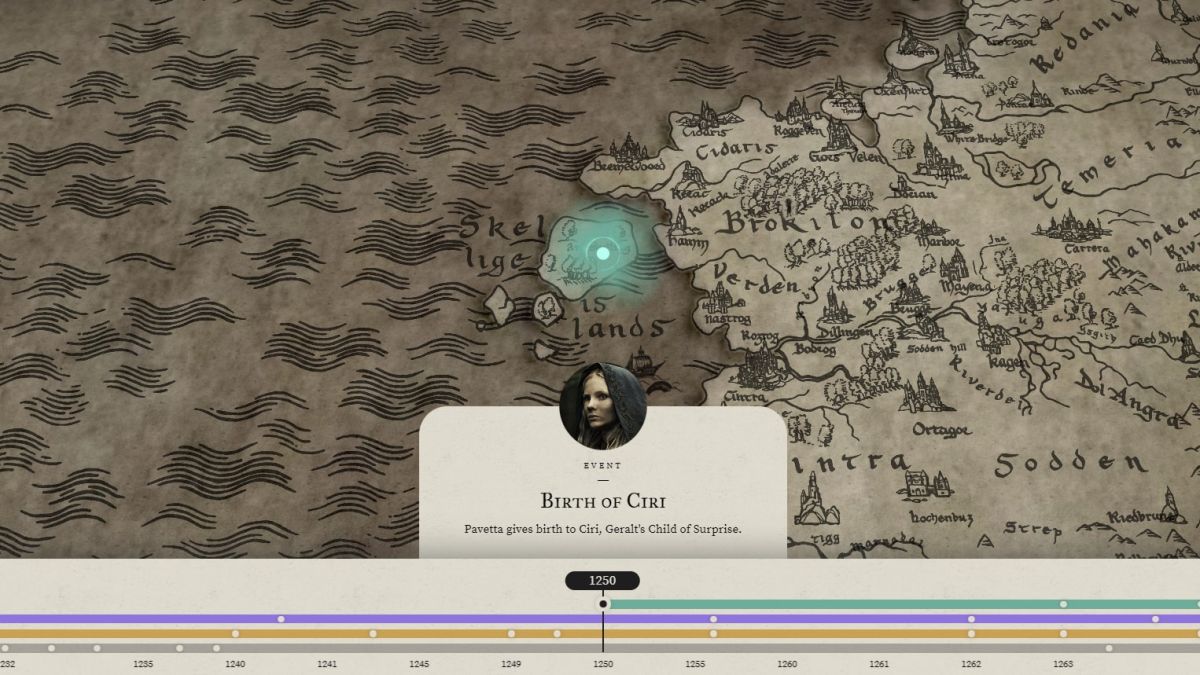 First there was an official Witcher timeline, and now there’s an impressive interactive map that breaks down the key events in the Netflix series’ universe – including those that took place before the show even started. Just head here and you can check it out for yourself (thanks AV Club).

The map details when the first witcher was created, and even when beasts and humans first came to the continent’s setting as part of the Conjunction of the Spheres event. It’s brought to life by various visual effects, like snow and rain. It’s even got a search function so you can find parts of the lore you’re curious about.

If you scroll right to the end, you get the message “Va’esse deireadh aep eigean, va’esse eigh faid’har.” Fans of the games might recognize this, as it roughly translates to ‘Something Ends, Something Begins’ (thanks Reddit).

Generally, if you enjoy browsing fantasy maps at the start of your favorite paperbacks or you’re a fan of The Witcher books by Andrzej Sapkowski, you’ll probably like this.

What’s next for The Witcher?

The Witcher has already been renewed for season 2, and it’s not a surprise. This fantasy show is a treat, elevated significantly by Henry Cavill’s star power as monster hunter Geralt of Rivia. In case you haven’t seen it all yet, we won’t spoil the ending, but we walked away with a very clear idea of what’s going to happen next with Geralt and Ciri (Freya Allan).

You can stream the first eight episodes of The Witcher on Netflix now.