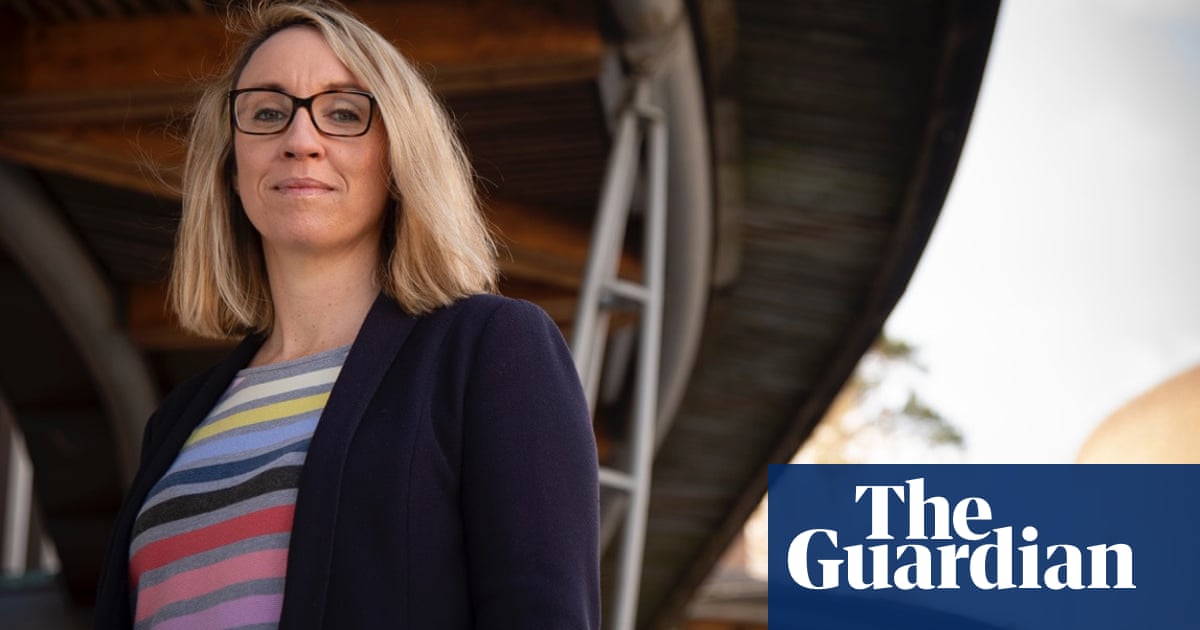 The first time Olivia Champion pitched a business idea based on her academic research was so disheartening she nearly gave up. The 10-strong panel she faced were all men, bar a few women responsible for administration and taking minutes. Their first question was: “Why are you here?”

“It took the wind out of my sails immediately,” she says. “I thought, ‘Blimey. This is going badly.’”

She had been convinced her idea was good, but after that rejection she began to doubt herself. “They were very dismissive,” she says. “And quite rude, to be frank.”

After being encouraged by her university, Exeter, to give pitching one more try, Champion went on to secure all the investment she was seeking. Five years on, her company, BioSystems Technology, which sells insect larvae for scientific testing and reduces the need to experiment on mammals, is in profit.

‘Women have been woefully neglected’: does medical science have a gender problem?

But her example is rare. Just 13% of spinout companies based on university research and in which the institution retains some ownership have at least one woman founder, according to a recent report by researchers at Oxford Brookes University.

The research, part of a programme funded by the Engineering and Physical Sciences Research Council (EPSRC) looking at barriers to the participation of female scientists in university spinout companies, also found that women in decision-making positions were more likely to work in smaller spinouts – those with fewer than 25 employees – and that the more female founders a spinout company had, the less financial investment it tended to receive.

Simonetta Manfredi, who is leading the research and is a professor of equality and diversity at Oxford Brookes, says this matters because university spinouts will soon become increasingly important, due to a government drive to force institutions to demonstrate the real-world impact of their research. “Spinouts produce jobs and can make a significant contribution to their local community,” she says.

Politicians are also waking up to the importance of gender equality in this area. Last year, a government-commissioned review of female entrepreneurship found only one in three UK entrepreneurs were women, and argued that addressing this could boost the economy by £250bn,.

There is certainly a good business case for diversity. Research carried out by McKinsey & Co in 2017 found companies with the greatest gender diversity on their executive teams were 21% more likely to outperform peers on profitability and 27% more likely to create superior value.

But it is also about ensuring a more equal society Ana Avaliani, head of enterprise at the Royal Academy of Engineering, says: “The types of products women bring to tender are informed by their experience and knowledge so it is vital we encourage female entrepreneurs to bring that perspective.”

Robin Mellors-Bourne, research director at Vitae, which supports researchers in their careers and is part of the EPSRC project, says one problem is that so few women study physics and engineering, which reduces the pool of potential founders. Statistics show just 18% of those studying engineering and technology in the UK and 17% of those studying computing in 2017-18 were women.

But the picture is complex. There is much less disparity in the number of women studying physical sciences and more women than men studying biological sciences, yet female spinout representation here is still low.

While spinouts are traditionally founded by academics in senior positions, Manfredi says there is no reason they cannot happen at other career stages. “The assumption that there are not enough female professors, so what can we do about it, is not true because there is a bigger pipeline there,” she says.

Yet she concedes that the male culture in science can be a barrier, alongside a lack of female entrepreneur role models. Avaliani, who was part of the founding team of a startup company 20 years ago, says being the only female was intimidating.

“There were about five men – all engineers, all super high-achievers – in the room for a team meeting, and just me,” she says. “Although I was never made to feel a lesser member of the team it felt weird.”

While the founders of her startup were convinced of the benefits of diversity, she suggests this is not often the case and the pressure to make a profit can make managers unwilling to take hiring risks.

The academics interviewed by Oxford Brookes’s researchers also saw the dominance of male investors as a problem. The government’s review found that only 13% of senior people on UK investment teams were women, nearly half of investment teams had no women at all, and female entrepreneurs regularly felt investors judged them as less competent.

The researchers are also investigating why female-led spinouts tend to receive less money. One suggestion is that it is because they ask for less. Champion says she was conscious that she was pitching for significantly less money than her male counterparts. “I stripped it all back to think, ‘What’s the absolute least I can ask for?’” she says.

Another potential barrier is the effect of caring responsibilities, as investors may be deterred by CV gaps. “All of the men [enterpreneurs I interviewed] said”: ‘I couldn’t have done it if my wife or partner hadn’t taken care of the children,’” Manfredi says.

Join us: sign up for the Guardian Universities newsletter

Time out of regular academic jobs to explore an idea would help potential female entrepreneurs, she adds. There is also evidence that women have less time for networking, which is an essential part of entrepreneurial success, so more opportunities for virtual networking could be useful.

The next stage of the project, to be published in April, will look at whether men and women have different characteristics that may effect their involvement in spinouts, such as differences in self-confidence or willingness to take risks.

If Champion could go back in time, she says she would tell herself to be more confident – and ask for more money. “The guys all ask for loads of money and get it,” she says.