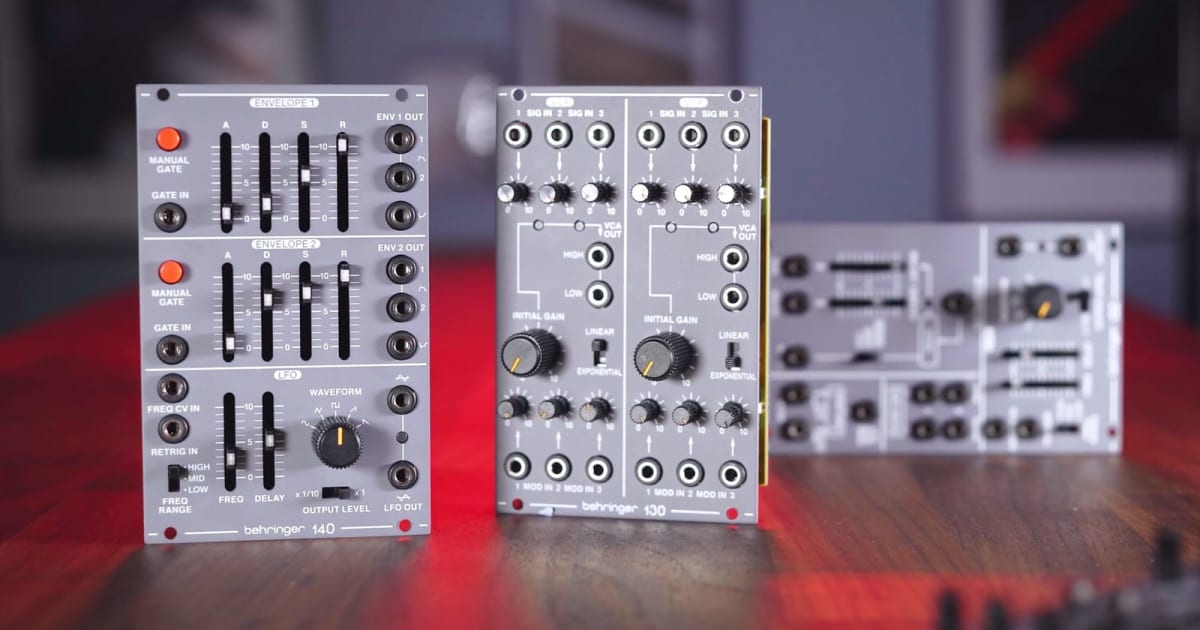 Word is the Behringer System 100 parts will start at $50 and top out at around $99, which puts it at the extreme low end of Eurorack gear. And that’s just a fraction of a vintage Roland module, which can fetch well over $600. To start with there will be 11 modules in the line, covering everything from oscillators, to filters to sequencers — basically anything you’d need to build a complete modular synth.

Of course there’s no word on when exactly you can expect Behringer to start shipping these. And, it’s probably safe to assume it’ll be awhile. While the company has been relentless in its engineering efforts. Actually getting things into production and in consumers hands still seems to be a struggle at times. Its 808 clone for instance suffered from significant delays. And sometime plans for a new clone are announced over two years before it actually comes to market.

That being said, Behringer first teased that it was working on Eurorack versions of System 100m modules last year. And the versions in the video above look pretty final. So it might not be too long of a wait.

Obviously Behringer’s clone army will continue to rub some the wrong way. But Eurorack is a space where their race to the bottom might be welcome. Getting into modular synthesis can be daunting and expensive (even when you’re going for a self-contained system like those from Teenage Engineering and Erica Synths). Even a barebones starter kit like the NiftyBUNDLE from Cre8audio will set you back $270. And that’s extremely cheap for Eurorack.

For the full list of Behringer System 100 Models see below: