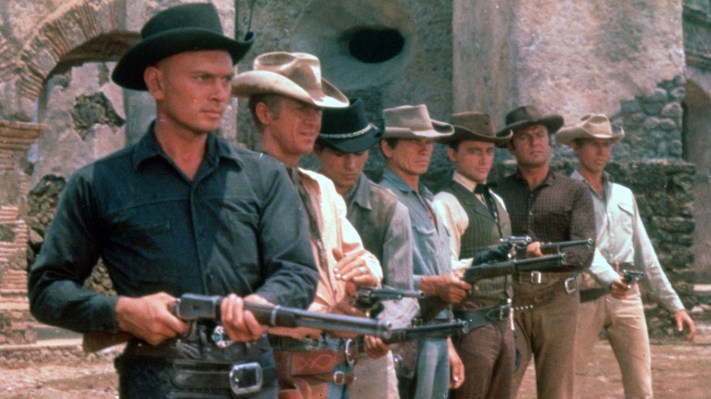 Jon Evans is the CTO of the engineering consultancy HappyFunCorp; the award-winning author of six novels, one graphic novel, and a book of travel writing; and TechCrunch’s weekend columnist since 2010.

More posts by this contributor

The entire world has run smack into the biggest economic wall since the Great Depression, and the US stock market is … above where it was this time last year. American tech megacorns like AirBNB, Lyft, and Uber have laid off 20% of their staff … and the Big Five tech companies are worth a record 20% of the entire market. What the hell?

Yes, those three cited companies are directly affected by the coronavirus pandemic, but so many sectors are — travel, retail, hospitality, entertainment, events, real estate, business services, to name only a few — that every other sector is inevitably indirectly affected too.

The future: In this, the best and laziest of all possible futures, we have beaten down the virus’s attack; a few easy countermeasures such as hand-washing, mask-wearing, and surface-sanitizing prevent future exponential growth, and when the lockdownss end, people flock back to their previous activities. Maybe a few extra months for some sectors, but come the autumn, schools reopen, flights resume, and life basically returns to normal. The economy and its jobs soon follow, and this short, sharp, V-shaped recession is behind us by November.

Probability apparently assigned by the market and many politicians: Call it 40%.

Its actual likelihood: This is delusional idiocy. Even with strict lockdowns, case counts are only plateauing in many areas. Mask wearing and hand washing are good and important, but not enough, and Americans have committed murder rather than wear masks. Most importantly, there is no way in hell people will flock back to previous activities as before — data shows they actually abandoned them before lockdowns were introduced. Consumer spending, and hence jobs, and hence the economy, will continue to suffer, lockdowns or no, while the virus is out there and (very understandably) keeping people in their homes.

The future: We live in a world of Green Zones and Red Zones. In green zones, case counts are kept to near-zero, outbreaks are tracked with frequent ubiquitous testing — for which people are paid $50/test, to ensure underclasses don’t go untested — and forcefully squelched by aggressive contact tracing and away-from-home quarantines. People coming from Red Zones are kept in quarantine buffers before entry is allowed. In green zones, economies are roaring, but in red zones, the battle against the virus continues, and economies remain semi-comatose. Red and green zones are roughly equally distributed, so the economy is only half as bad as it would be in an all-red world.

Probability apparently assigned by the market and many politicians: Maybe 5%?

Its actual likelihood: I mean, we live in this already — Taiwan, South Korea, New Zealand, and (apparently) China and Vietnam are Green Zones. The likelihood of this extending to Europe and the USA, though … I don’t know. California moved fast and is competently governed, but now has roughly as many confirmed cases as all of China (allegedly) did. Hard to pack that mushroom cloud back into its uranium casing. But not impossible, with enough testing and tracing. Meanwhile, states with governments in denial will not dedicate the resources required to turn green. So, plausible, but IMHO not actually likely for the USA or Europe, much less South America or sub-Saharan Africa. I would think it a quite likely future for my homeland Canada … except we’re too tightly connected to fractured and incompetent America.

The Hammer And The Dance

The future: As described by Tomas Pueyo in a viral and pretty-good piece that came out a couple of months ago, the current lockdowns (The Hammer) are followed by the virus sine-waving indefinitely: it seethes, and from time to sporadic time erupts anew, and those eruptions are followed by localized screw-tightening including further lockdowns. But we keep it below health-system capacity, and we buy enough time such that when a vaccine is finally found and distributed, we haven’t come anywhere near herd immunity, and have thus saved many lives. The economy sine-waves too: surges of normalcy followed by massive ebb tides continue through 2020 and well into 2021 at the least.

Probability apparently assigned by the market and many politicians: Say 10%.

Its actual likelihood: I’d think reasonably high. We know lockdowns can plateau and reduce the virus; I fear that generalized incompetence and intransigence makes a Christmas Tree future implausible, at least in the USA, whose people and politicians tend to confuse organization with tyranny, and instead favor crude instruments such as lockdowns: and given those circumstances, this is the least bad option. I fear dangerous overshoots during “The Dance,” but I don’t think they’re inevitable. However, from an economic POV, this is not a good solution. People will continue to feel unsafe, and the economy will continue to be hit by hammerblows, albeit lighter than the one we’re in now.

The future: We’d best conservatively assume that, even if accelerated by human challenge studies and simultaneously building factories for seven different vaccines, we’ll be at least well into 2021, and possibly some distance beyond, before we get a vaccine. But a vaccine is not the only possible medical solution. If we find prophylaxes or treatments which, singly or in combination, render the disease much less dangerous, that would be hugely beneficial and change the proverbial game.

Probability apparently assigned by the market and many politicians: At least 35%. You can almost hear them screaming “Nerd harder!” at the doctors and scientists.

Its actual likelihood: Well, call me Pollyanna if you will, but I actually think this is fairly plausible. It’s still early but we’re already seeing (very initial) studies indicating that not just one, not just two, but a few different treatments may be beneficial. I want to stress again: very initial, and like hydroxychloroquine, may yet be ruled out by better data. But presumably the more we learn about this disease the better our treatments will get. The question is how much better, and how fast — but “much better, quite soon” is at least within the realm of possibility.

The future: We basically give up on fighting the virus — while still trying to keep it from overwhelming healthcare systems and doing our level best to protect the elderly, the immunocompromised, the diabetic, etc. etc., with the fabled goal of Herd Immunity. Unfortunately we’ll almost certainly overshoot the actual Herd Immunity number, and it’s next to impossible to protect the elderly (“Who do you think works at those nursing homes? Highly trained gibbons?”), so this will almost certainly kill a lot of people who don’t have to die, while also not doing much for the economy since no one’s actually all that eager to rush out and catch a virus which has some chance of becoming the worst experience of your adult life even if it doesn’t ultimately kill you.

Probability apparently assigned by the market and many politicians: I’d like to think they don’t give this more than a 10% chance, largely because they know it wouldn’t fly with the public and also wouldn’t be particularly good for the economy.

Its actual likelihood: This is kind of the worst-case “Hammer and Dance” scenario, in which we just barely keep health-care systems from bursting. People call it “the Swedish model,” and we’ll see what happens there, but note that Sweden’s population is roughly comparable to New York City’s, and “the NYC model” sounds a whole lot less appealing. I think the cautionary tales of New York and Lombardy will keep most of the West from trying to deliberately seek out herd immunity.

The future: After we relax the current lockdowns, everything seems fine. A few sporadic outbreaks here and there, the virus continuing to smolder a little, but basically a fire which is guttering and going out. But it turns out that it’s seasonal — and then — come the autumn — a completely unexpected second wave, which nobody predicted or saw coming, hits! You know, just like the Spanish Flu!

Probability apparently assigned by the market and many politicians: 0%.

Its actual likelihood: I too think this is very unlikely. First, if the virus is susceptible to heat and humidity, explain Ecuador and Brazil. Second, and more importantly, unlike the Spanish Flu, we have the example of the Spanish Flu to be warned by. Come the autumn, and again the winter, half the world will be watching all the data with keenly twitching antennae. Surely we can’t be collectively dumb enough to be ambushed by a Second Wave again. Right? Right?

The future: This isn’t so much a new future as an add-on to any of the above. In this future, the coronavirus triggers a chain of effects which cascade into another, different massive crisis, while we’re still dealing with this first one. Say, an attempt to postpone November’s presidential election, followed by a constitutional crisis and calls for the US military to intervene. Or a huge spike in food prices around the globe, followed by widespread famine, riots, and revolution. Or the fracturing of a major nation hit particularly hard by the virus, e.g. Brazil or Russia or India.

Probability apparently assigned by the market and many politicians: 0%; second-order effects are generally beyond their remit.

Its actual likelihood: Pretty small … but not zero, and definitely worrying.