Amazfit has a new smartwatch coming, and it looks like a hardier Apple Watch 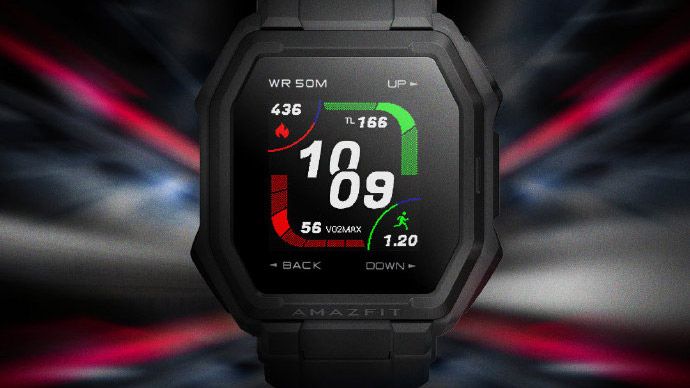 You might know Amazfit smartwatches as cheap and cheery Apple Watch imitators, but as of late there has been a lot more to the name than that. Just weeks after the weird curved Amazfit X went on sale, it seems there’s another smartwatch coming from the brand called the Amazfit Ares.

The Amazfit Ares is the latest watch from tech company Huami, the wearables subsidy of Xiaomi, and was teased on Huami’s Weibo page. Not much information was provided, but a poster says we’ll hear more about the device on May 19.

Amazfit is no stranger to rugged smartwatches: it T Rex, which we first saw at CES 2020, was designed for outdoor use. That device shirked the design of prior Amazfit devices for a more traditional chunky digital timepiece look, whereas the new Ares seems to return to a more modern appearance.

A smartwatch for adventure, or war?

That wasn’t the only look we got at the Ares: Huany Wang, Huami’s CEO, posted on Weibo a different picture of the device, in a green color surrounded by fern leaves. We’d speculate this is meant to insinuate the device is suitable for outdoor adventures, but it could just be a particular choice in decoration.

Ares was the god of war in Ancient Greek mythology, and the name suggests the watch could be designed to take a good beating (or many knocks on hard surfaces). However, Huami could have just chosen the name for the way it sounds, so again that’s possibly a bit of a stretch.

Either way, we’ll hear more about the Amazfit Ares on May 19, possibly with the release date and global availability mentioned too, so TechRadar will tune in to the announcement to see if there’s anything from the Huami launch that you’d want to know.