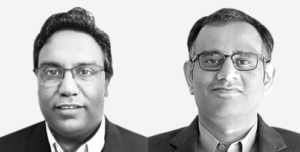 The 8-year-old contract management software startup originally launched out of India. The company already has about 20 data scientists in Seattle and recently brought on two execs for its new Seattle office: Anu Engineer, a former principal engineer at Cloudera who is taking the CTO reins; and CPO Mahesh Unnikrishnan, a former manager at Microsoft and Google. Chief Customer Officer Vijay Khera, a former exec at MarketsandMarkets, joined in January and is also based in Seattle.

SirionLabs helps customers such as BP, Vodafone, Abbvie, Unilever, and others track contract details and reduce “invoice leakage” with automation and AI technology. Its software includes smart contract authoring and auto-contract extension, among other features. The company manages 3.5 million contracts across 100-plus countries, and has seen a 4X growth in customers over the past 18 months.

SirionLabs is similar to Bellevue, Wash.-based Icertis, which raised $115 million last year at a valuation north of $1 billion.

SirionLabs employs 500 people worldwide across offices in Delhi, New York, London, and Seattle. The company’s CEO and co-founder, Ajay Agrawal, is based in Delhi.

“SirionCLM’s permissioned ledger architecture does away with analog contracting processes which are adversarial in nature and instead creates a level playing field that gives all companies, whether buyers or sellers, an opportunity to collaborate and leverage a single-source of truth in realizing the business outcomes embedded in contracts,” Ajay said in a statement.

There are more than 125 out-of-own companies that operate engineering centers in the Seattle region, hoping to hire from the rich tech talent base buoyed by local stalwarts Amazon and Microsoft. But as GeekWire reported last week, in the era of COVID-19 — with layoffs hitting tech companies and office expansion cooling — the future of at least some of these outposts as an engine for tech job growth is uncertain.