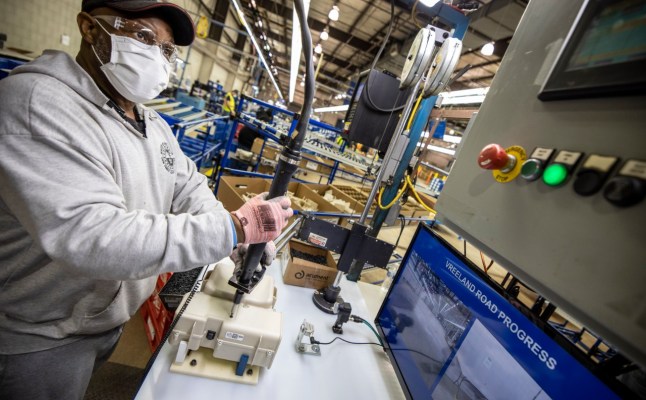 Ford said Saturday it will test hourly and salaried employees with suspected COVID-19 symptoms in four metro areas where it has major operations as it prepares to reopen facilities this month.

The automaker is expected to resume production and some operations at its North America facilities May 18. Aside from factory workers, Ford is also bringing back about 12,000 employees whose jobs cannot be done remotely such as vehicle testing and design. The company’s parts distribution centers reopened in North America on May 11.

Ford said it will initially use polymerase chain reaction (PCR) testing, which identifies if someone is actively infected. PCR tests are used to detect the presence of viral RNA, not the presence of the antibodies, which are the body’s immune response.

The contracts will enable Ford to test employees with suspected symptoms with a goal of getting results back within 24 hours, according to the automaker’s medical director Dr. Walter Talamonti.

Testing results will be simultaneously shared with Ford doctors to help identify other employees who might have been in close contact with an infected worker. Those employees will be required to self-quarantine for 14 days.

The company is working on expanding testing, Ford CTO Ken Washington said in a statement. Washington added that Ford is looking into voluntary antibody testing in the future for its employees.

Ford released May 1 a back-to-work playbook that describes the protocols that it will put in place once production at its factories resume. Employees will have to complete a self-certification health check daily and have their temperature scanned upon arrival to any Ford facility. Face masks will also be required. Safety glasses with side shields or face shields will be required when jobs don’t allow for social distancing.