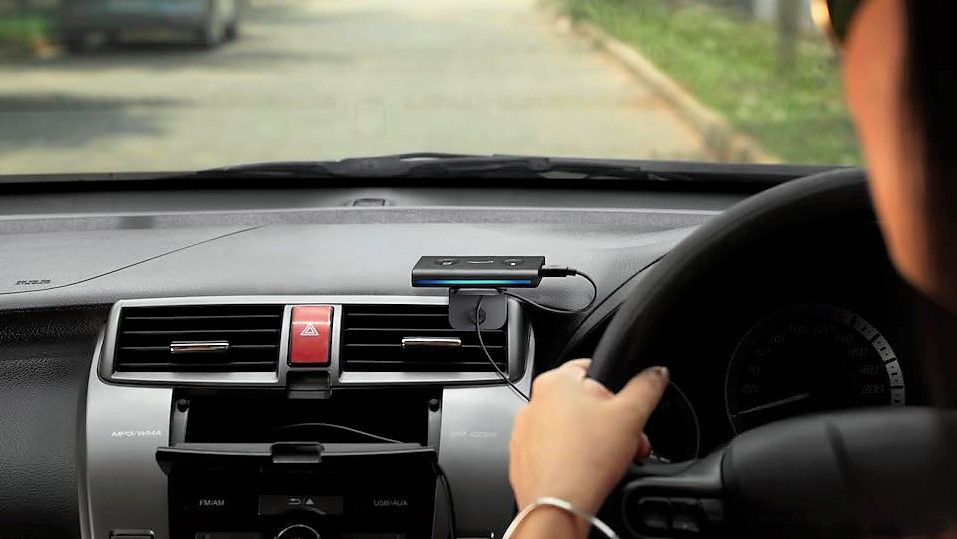 It’s been available in the US for a while now, and was launched in other markets earlier this year, but Amazon has finally decided it’s time to make Aussie cars smarter by bringing the Echo Auto Down Under.

This little device will allow you to take Alexa on the road, adding a voice assistant to any car for hands-free control of music, audiobooks, calls and texts, list creation, news updates and so much more, so you can concentrate on the driving. In other words, it’s pretty much an Echo smart speaker for your car.

Alexa, step on it

It doesn’t take any fancy setup to get the Echo Auto on the road – just mount it on your car’s central air-conditioning vent (a stand ships in the box) and plug it into the vehicle’s 12V power outlet or a USB port. You can even connect it to your car stereo via a 3.5mm audio cable, so it will be quite at home on older models.

Of course, you will need the Alexa app on your phone to access the voice assistant and its skills, and will use your phone’s data to stream content.

Keeping in-car acoustics in mind, the Echo Auto features an eight-microphone array and far-field speech recognition so it can pick up voice commands over the drone of the engine, traffic or the air conditioning. And audio playback is through the car’s stereo.

If you’d prefer that Alexa not eavesdrop on your conversations or road rage, a physical mute switch is available to turn off the device’s microphones.

What’s more, the Echo Auto is an affordable device and is already available to preorder right now from Amazon Australia for just AU$75, with shipping starting on June 10.