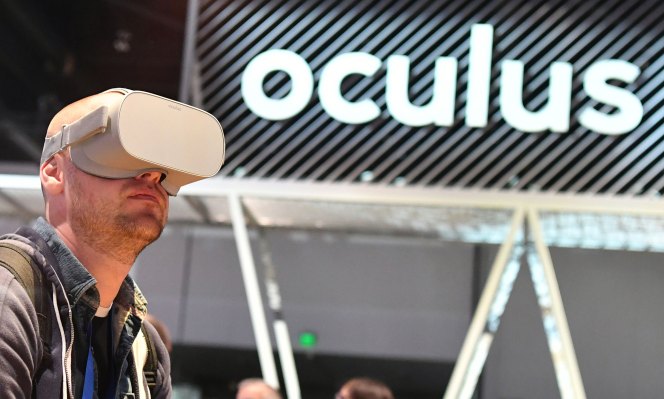 Facebook CEO Mark Zuckerberg’s announcement of the device in late 2017 was a major development for the company which had never released a standalone headset before and was battling consumer perceptions that the technology was too expensive. Then starting at $199, the Oculus Go was largely a replacement for the slowly discontinued Samsung Gear VR which underwent several iterations but had built up a fairly robust back library over the years.

The entry-level product was meant to be a way to hook consumers on the idea of VR and convince them to upgrade, but that opportunity proved too small to entice developers who were more interested in more technically capable platforms like the Rift S and Quest. Facebook released its $399 Oculus Quest last year and soon after launch it was clear that the positionally tracked headset was likely the best path forward for Oculus’s consumer ambitions.

The company will stop selling the Go this year, though it has already been out of stock on its website for quite some time, and will not be adding new Go titles to its store as of December 18, 2020. Oculus will notably continue driving bug fixes and security patched for the device through 2022. The Oculus Go will be the last non-positionally tracked headset that Facebook sells, with a blog post today confirming that the company “…won’t be shipping any more 3DOF VR products.”

In recent months, Facebook has had an awfully hard time keeping up with demand for any of its headsets with the Go, Quest and Rift S all having been sold out for extended periods of time. As Facebook discontinues the Go, expect to see the company further streamline its supply chains with headsets that utilize similar components when possible.

Alongside the announcement of the Go’s discontinuation, Oculus is also sharing that they’re working on a way to open up the app ecosystem and give developers an easier path towards distributing apps. When Oculus launched the Quest they made the controversial decisions of keeping things pretty locked down, only allowing approved software onto the Oculus Store while being pretty aggressive in rejecting developer efforts that appeared too experimental. Some of these developers opted to push users to “sideload” the applications through unofficial means, but that only worked for those willing to tinker.

Facebook isn’t changing its store curation model for the Oculus Store, but they are sharing vague details of an alternative distributions model that they’ll be shipping early next year.

This will enable developers to share their apps to anyone with a Quest, without having to be accepted into the Oculus Store, and without the need for sideloading. While we don’t have many details to share beyond that just yet, we wanted to give an early peek at our plans to make Quest accessible to a wider group of developers, even those who do not ship through our Store.

Oculus’s curation process for Quest hasn’t been popular with developers who have seen their apps get rejected. As Apple removes one pillar from its three-pillar product line, they likely felt the need to give developers better access to shipping titles on the Quest. With a smaller product line, Oculus is going to be forced to make fewer devices work for more users, so its unsurprising that they felt the need to update their app distribution procedures a bit.