How to Take Photos of Fireworks With Your Phone 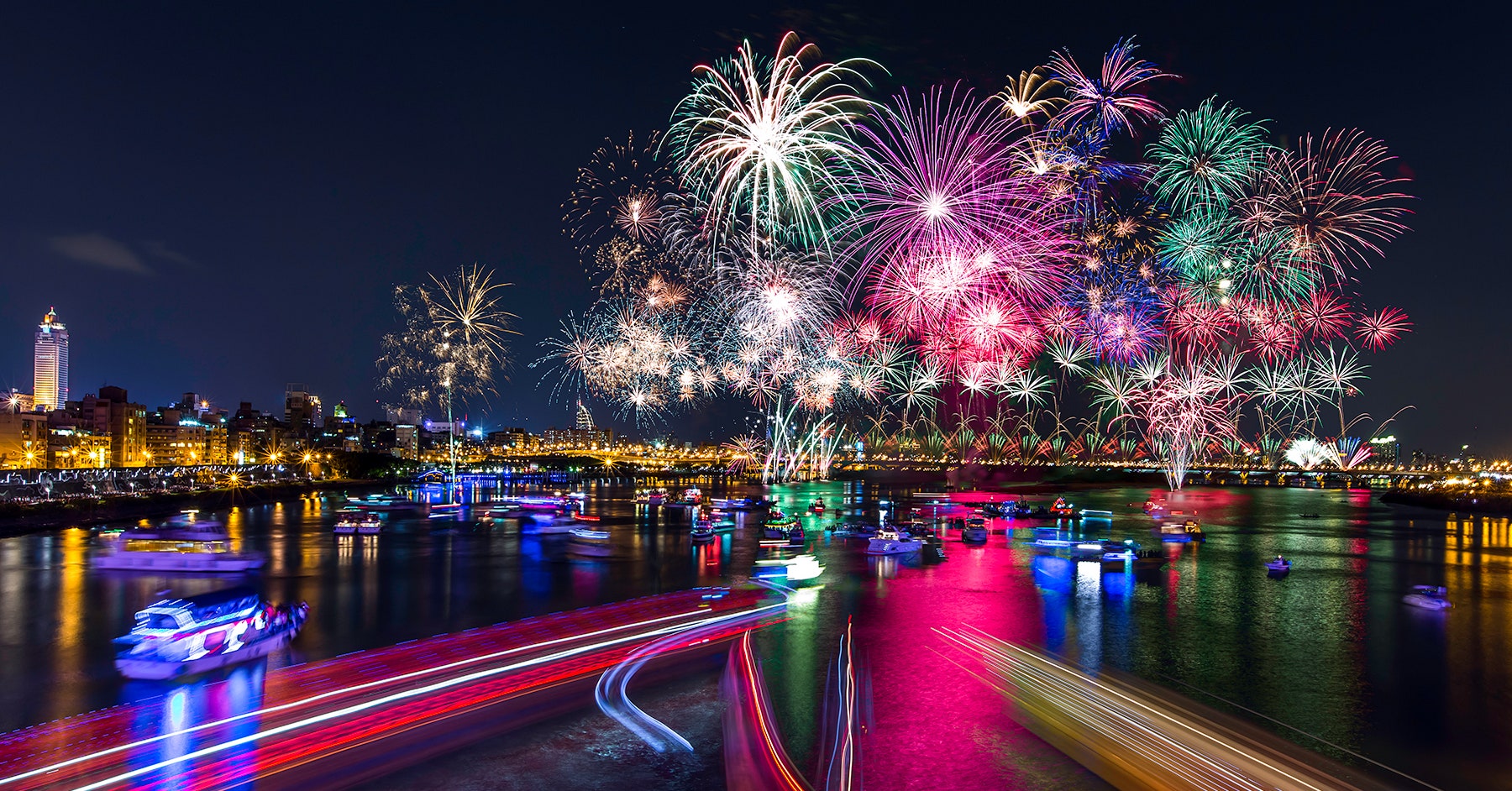 Fireworks are a touchy subject right now. For weeks, city dwellers have complained about the near-constant eruptions of mysterious origin going off in their neighborhoods. Then there’s the fact that we’re in the middle of a pandemic that has prompted many cities to outright cancel their annual Fourth of July celebrations. The cities that are still going forward with displays have had to change their plans to hold them in ways that discourage crowds from forming. Some have planned to just shoot the fireworks higher so people can see them from farther away. Other places, like New York, have split their normal gigantic blast fest into several shorter, smaller shows that will be launched from undisclosed locations. That way, if you stay put like you should, you’ll be able to catch one show or another from your backyard, fire escape, or stoop.

Still, fireworks shows have an undeniable appeal, especially for people who want to snap some cool pics. First thing’s first: If you do go out to hunt down a good view of the fireworks, avoid any crowds, wear a mask, and maintain your distance from other people. Just because the pretty lights in the sky go boom doesn’t mean we get to be any less vigilant about preventing the spread of a deadly virus. Next, if you’re going to take some photos, you’ll want to do it right.

A thrilling fireworks display can confuse the automated settings on your smartphone. The explosions are fast, dynamic, and bright, and they disappear just as quickly as they appear. But by standing in a good spot and tweaking a few settings on your camera app, you can take advantage of some battle-tested methods for capturing dramatic photos of those explosions in the sky. The latest smartphones even have some special settings for shooting at night. And if your phone lacks those features, there are a few apps that will help you nab the best shots.

Before you snap one photo, learn the lay of the land. Knowing ahead of time where the fireworks are going to explode will help you gauge the best angles for your photos. You obviously want a clear shot of the sky, but look for a spot that lets you also capture a nice wide-angle view of the skyline or a nearby landmark. This helps with the composition, but it also visually place-tags your photos and makes them more interesting. If your local fireworks display is over a river or a body of water, find a spot that lets you incorporate the water into the shot; the reflections will add a sense of drama and scale to your shots. Of course, this advice might be moot if your city is launching fireworks from a mysterious location. If that’s the case, just try to find an outpost that offers a wide, 360-degree view of your surroundings and be ready to pivot.

There’s another thing you won’t be able to predict ahead of time: the wind. If it’s blowing toward you from the direction of the fireworks, you may end up with increasingly murky photos as the show goes on due to the smoke. If that’s the case, take the bulk of your photos as early as possible. If the wind’s at your back, however, you’ll have great shooting conditions during the whole display.

The early part of the display is crucial: It’ll let you frame the entire show and take a few test shots to make sure your settings are producing the look you like. Plus, the early part of the show is the best time to get any wide-angle shots. Once the sky starts filling up with smoke, your views of any background scenery will be obscured.

The rules of engagement are a bit different for a phone than they are with a full-on camera. You won’t have a zoom lens or deep manual controls at your disposal, and because phones don’t come with standard tripod mounts, you’ll need to pay extra attention to keeping it steady.

Here are the basics.

I know what you’re thinking: Why not just use digital zoom? Because the results are terrible. Digital zoom just crops and enlarges the scene from a full-size shot, making your photo look fuzzy and dull. Zooming in too far makes your decent-looking 12-megapixel still look like a grainy and embarrassing 3-megapixel disaster.

You can take some great photos without a tripod—the best smartphones have adequate camera stabilization built in, and we’ll share some tips for handheld shooting below—but for best results, put your phone on a tripod. Manfrotto makes excellent aluminum tripods. If you have a shake-mitigating gimbal like a DJI Osmo Mobile 3, even better.

Prefer to travel light? You can get something like a Joby GorillaPod. Don’t forget to grab a dedicated phone mount, whether you’re buying your first tripod or using one you already own.

With your camera stabilized, find a way to shoot a long exposure. The built-in camera software on some phones will let you leave the shutter open for as long as one second. That’s usually long enough to capture a bright burst of color with some dramatic trails. But the best results are often found by leaving the shutter open between two and four seconds with a lower ISO of 100 or 200. In most cases, that means you’ll need to download an app that gives you full control over your camera.

On an iPhone, try ProCamera ($9), Manual ($4), or Halide ($6). The excellent Moment Pro Camera app for iOS ($5) has a slow-shutter feature as well as enhanced time-lapse photo options. On Android, try Open Camera (free). Just know that different Android phone models can be finicky about letting you tweak certain camera settings, and you may not have access to all of the features in the app.

For a long exposure of four seconds, open the shutter as soon as you hear the pop of the firework leaving the mortar. If you do that, you can capture all three stages: the tail going up into the sky, the explosion, and the slow descent of the colorful flares. If you’re using a shorter exposure of two or three seconds, you’ll need to time your shutter click to the moment just before the explosion. This will take some practice, so shoot often.

No Tripod? No Biggie

You can still get some great pictures using only your phone, and you can even dig into the camera settings for some extra fun.

If your phone has a setting that lets you toggle HDR, start with it turned off. To make a High Dynamic Range photo, your phone takes a series of shots at different exposures, then combines them together. Typically, fast-moving things like bright fireworks in a dark sky would cause a big mess in an HDR photo. But leaving HDR on could also result in some artistic “happy accidents,” so switch it on when you’re ready to experiment.

Next, if your phone’s camera has a dedicated night mode setting, like the Night Sight feature on the Google Pixel or Night Mode on iPhone 11, try leaving that on. These camera features deliver bright and color-accurate photos in dark scenes, and they do it through a combination of techniques. First, the night mode setting typically takes multiple shots at different exposures just like HDR. But then the camera software corrects the color of the images and removes the artifacts caused by your hand moving as you hold the phone. The result is usually a relatively sharp photo of the scene.

The great fun of modern smartphone photography is the ability to capture shareable short animations. Apple calls these Live Photos; Google calls them Motion Photos. The software on your phone that manages your photo library is smart enough to surface these for you, but you can also create your own animations if you want more control. WIRED has a primer on how to do this in Google Photos.

One fun thing iOS can do is create a long exposure for you after the fact. This is a great trick for cool fireworks shots. After you capture some choice fireworks pictures as Live Photos, open the Photos app and select the Live Photos file you want to turn into a long exposure. First swipe up to bring up the menu, then swipe to the right to Effects options. Choose Long Exposure from the list, and the app will generate an image in which the entire sequence of the firework exploding is stacked into one image.

Have a lousy sense of timing? If your phone can capture high-resolution 4K video, try that instead. You’ll be able to relax during the show and enjoy the spectacle while your phone captures footage. Later on, it’s easy to grab single, 8-megapixel frames that are more than good enough to post to Instagram. Why stop at stills? Make a GIF! Or edit the video down to just the highlights.