‘Westworld’ creators are developing a ‘Fallout’ TV series for Amazon 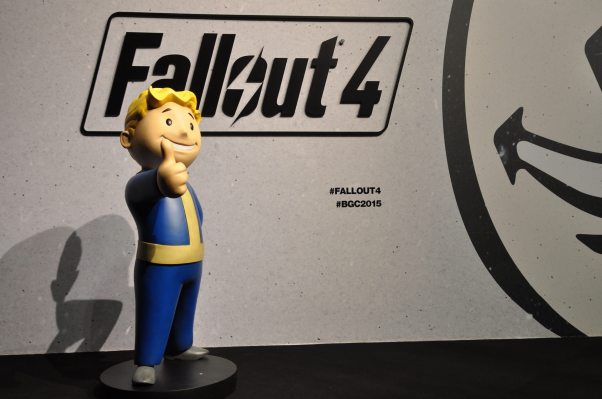 “Fallout,” the post-apocalyptic video game franchise published by Bethesda Softworks, is being turned into a TV series by Kilter Films, the production company of Jonathan Nolan and Lisa Joy.

The series, which began in 1997, takes place in an alternate future with a retro tone, after a nuclear war has turned most of the world into a wasteland. The games have continued in the two decades since, most recently with the release of “Fallout 76.”

The show — currently in development, with a series commitment from Amazon Studios — is part of Nolan and Joy’s overall deal with streaming service, which they signed last year for a reported $150 million.

The husband-and-wife team is best known for creating HBO’s new version of “Westworld” (based on a Michael Crichton film from the 1970s). They’re also working on an adaptation of William Gibson’s novel “The Peripheral.”

“Fallout is one of the greatest game series of all time,” Nolan and Joy said in a statement. “Each chapter of this insanely imaginative story has cost us countless hours we could have spent with family and friends. So we’re incredibly excited to partner with Todd Howard and the rest of the brilliant lunatics at Bethesda to bring this massive, subversive, and darkly funny universe to life with Amazon Studios.”