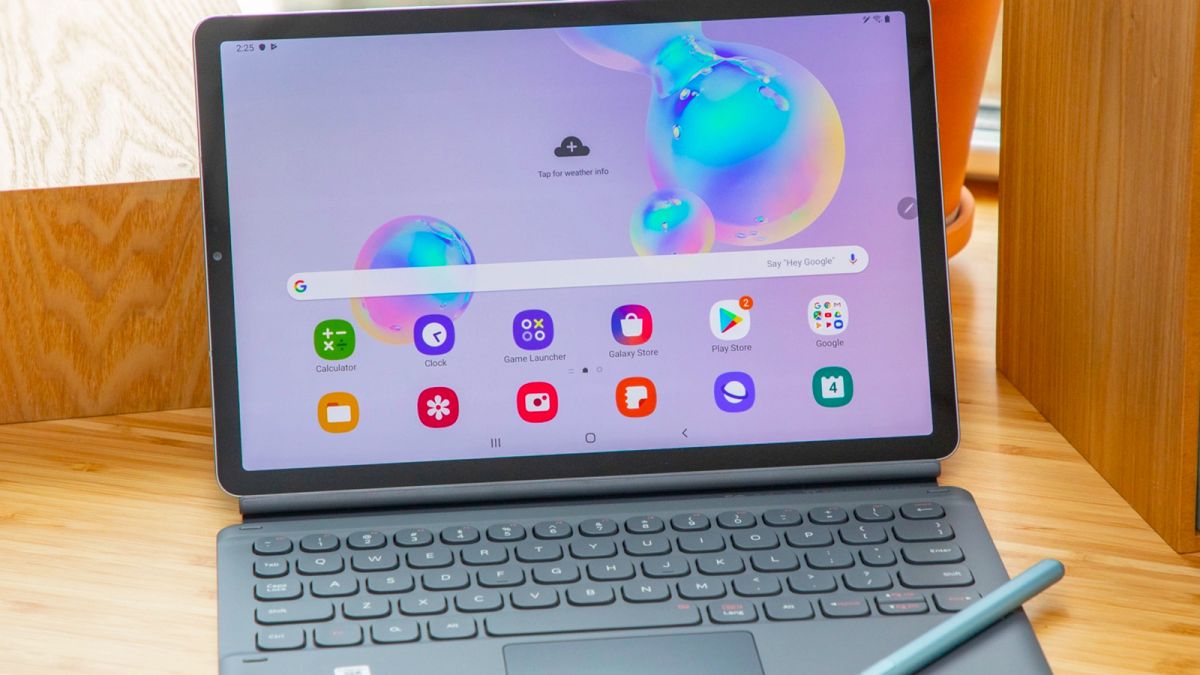 We’re very much looking forward to whatever the Samsung Galaxy Tab S7 has to offer us, and a couple of new leaks in the last few days suggest that the tablet might be shown off to the world in the near future.

The first leak is courtesy of Samsung itself, which managed to briefly list a mention of the Galaxy Tab S7 Plus 5G model on its German website (via Androidu.ro). While the page didn’t reveal any new specs, it does indicate a bigger, 5G-ready version of the tablet is indeed in the pipeline.

If there are support pages for the new hardware ready to go then that suggests that it won’t be long before the tablet is unveiled – and there are plenty of rumors swirling about a big Samsung hardware event happening on August 5.

None of this is official yet, but the Galaxy Tab S7 and the Galaxy Tab S7 Plus are being tipped to come with 11-inch and 12.4-inch displays respectively, which would put them head-to-head against the two iPad Pro models that Apple currently sells.

Our second Galaxy Tab S7 leak comes from SamMobile, reporting that the tablet has made its way through the certification process in China. The only new information we can glean from it is that the charging speed is going to be capped at 15W.

Considering these tablets could have batteries up to 10,000 mAh in size when they appear, that’s a little on the disappointing side. The charger bundled with the Galaxy Tab S7 is apparently going to be the same one that accompanied the Galaxy Tab S6.

The Tab S series represent some of the most premium Android tablets on the market, with a price tag and specs to match – though from this latest leak it doesn’t appear that the charging capabilities are going to be all that impressive.

With the increased chatter around the new Samsung tablet, the start of August looks a good bet for when it’s going to be made official. If you’re curious about what it’s going to look like, some renders have already appeared on the web.