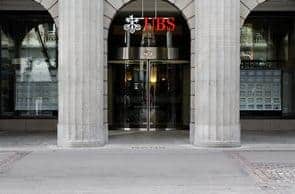 Switzerland-based UBS Group AG (UBSG:SW), a multinational investment bank and financial services company co-headquartered in Basel and Zürich and Basel with nearly $1 trillion in total assets, has launched a new Big Data software tool that can predict and quantify the probability of a company that might be a target of activist investors.

The financial company’s new predictive algorithm, called UBS-Guard (Global Utility for Activism Risk and Defense), will try to combat potential threats from activist investors – which could undermine key business goals and objectives. The Big Data algorithm aims to identify the risks of a particular investment approach and will offer insights and analytics regarding proposed investments.

UBS-Guard has reportedly been developed to produce scenario analyses that aim to quantify how actions available to a business may negatively impact its vulnerability score. For instance, the Big Data algorithm looks into the potentially negative effects of share buybacks, dividend recaps and investments from new investors who might have a certain agenda.

UBS-Guard is also able to provide an analysis report that examines previous campaigns from activist investors against similar companies, in order to identify potential routes of attack used by such parties.

UBS-Guard has been developed by UBS’ Global Banking division’s data lab. The Big Data software reportedly uses more than 220 million different data points and analyzes over 5,000 historical activism campaigns, in order to determine the probability of activism for many different businesses.

“Due to Covid-19 and volatile market conditions, many public companies have seen their pre-crisis valuation issues exacerbated and may see activist investors seize an opportunity to launch campaigns as we head into the second half of this year and particularly in early 2021. We anticipate seeing more M&A-related activist campaigns that will likely focus on seeking future opportunities for a quick sale or divestiture when M&A markets reopen.”

UBS-Guard will be available for use by public firms based in the EMEA region, after a successful trial has been completed in the Americas.