Watch Dogs: Legion is coming on October 29, and Ubisoft Forward has given us our best look at the game yet since its initial reveal at E3 2019. Letting you recruit anyone and hack your way to freedom through a fully networked and automated near-future London, the game has undergone a lot of changes in the past year, many of them made possible by a seven-month delay from its original March 2020 release window. To find out more, we chatted with Creative Director Clint Hocking about what’s new, what’s different, and the changing role of permadeath. 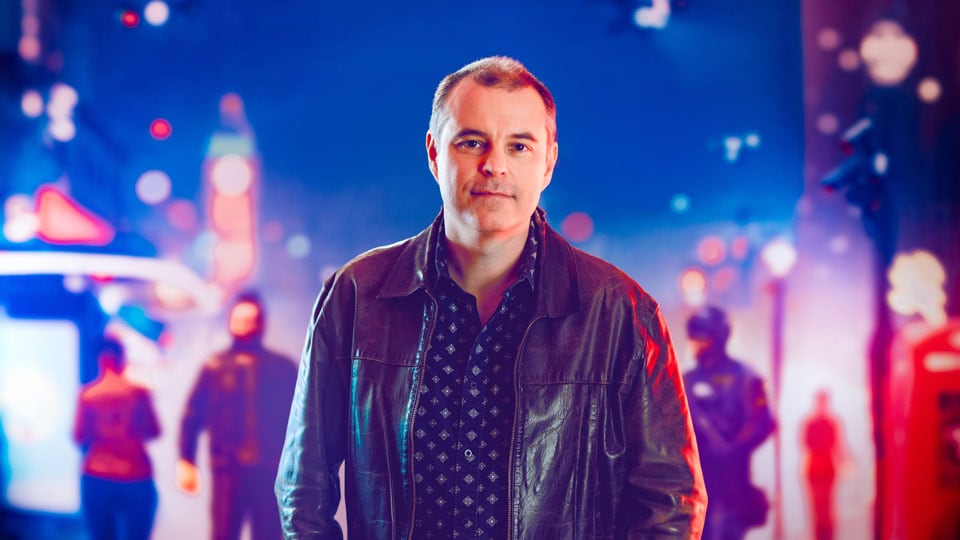 Watch Dogs: Legion was one of several Ubisoft games that had its release date pushed back in late 2019. Was your team able to benefit from the additional time, or do something with the game that you wouldn’t have been able to otherwise?

Clint Hocking: There’s a huge benefit, actually. Because there was so much innovation in the game, so many different experiments, so many different iterations on Play as Anyone, after the game was delayed, we were actually able to look back at some of the things we wanted to do that we weren’t going to be able to do. A few of those things were, first of all, a big improvement on Play as Anyone, which meant diversifying the kinds of properties that you would find on people in the world, but also, creating richer and more complex characters in the world, so that you really have a much stronger feeling of what you see is what you get.

For example, if you’re walking down the street and you see a construction worker, it’s not just a person who has some extra hit points and is good at fighting. Now, because we were able to add weapons to our melee system, a construction worker has a wrench as a melee weapon. This also means that many, many other people who would reasonably have melee weapons now have them. If you recruit Albion Guards, they have their baton, or police officers have their club. All kinds of different characters that would be able to use melee weapons, or who you see in the world, have them – an anarchist with a baseball bat, for example.

Similarly, again for the construction worker, we were able to give him a nail gun, because you see them using nail guns at construction sites. It was like, “well, we should turn that into a weapon.” And there are cargo drones that fly in the world, and we were able to create the ability to summon and take control of cargo drones as a property that characters could have. And all of these became properties that could be re-used across many, many different characters. So now if you recruit a reporter, they don’t come with 10 things, but they actually have the ability to summon a news drone and to use it to their advantage. So by creating more and more better properties that were visually apparent in the world, it allowed us to enrich Play as Anyone, and make a lot more characters with a lot more combinations of interesting abilities. That was the biggest change. 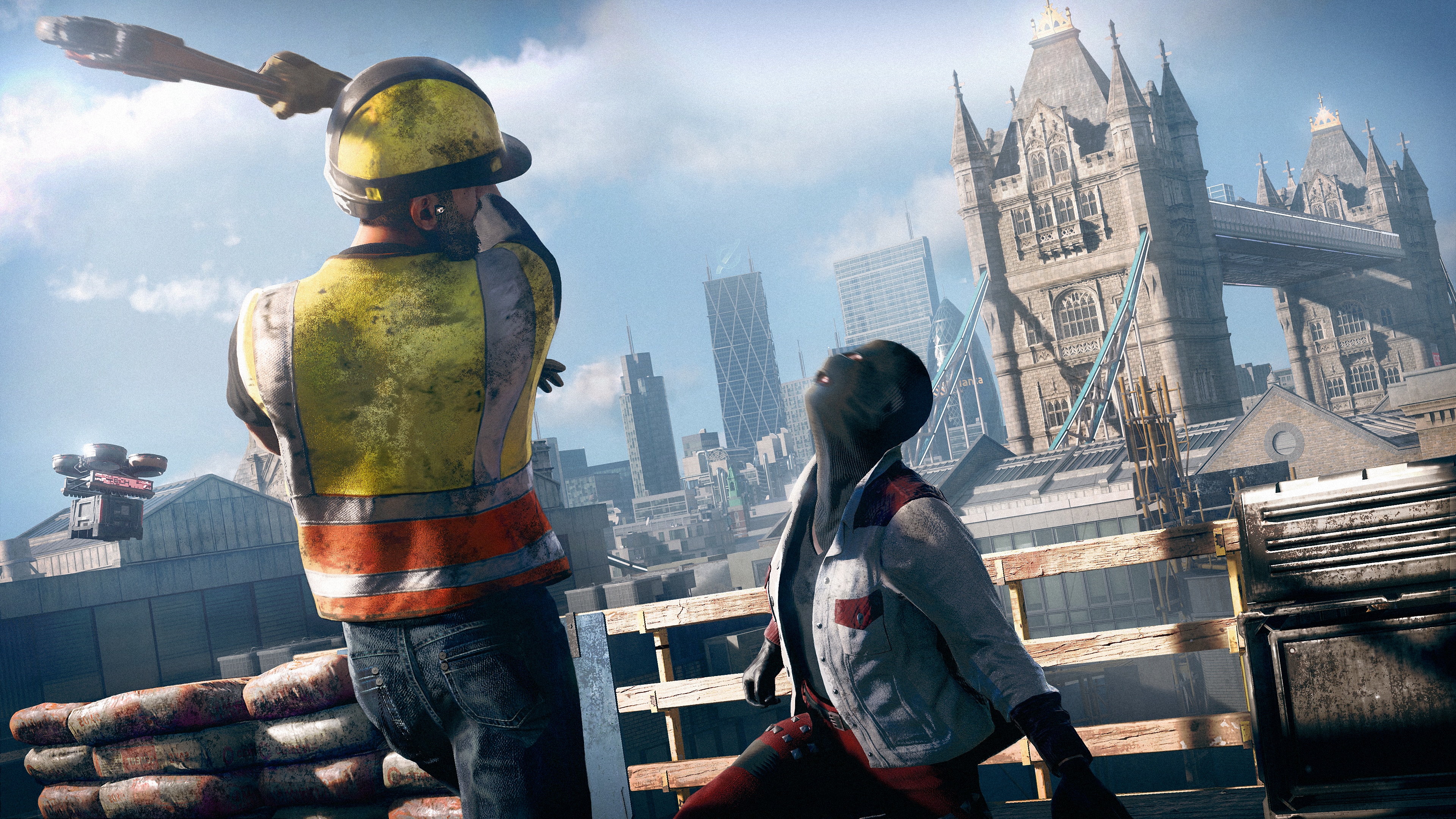 We also spent a bunch of effort building what we call the Borough Uprising system. So now as you play the game, there are missions where you can go to places in each borough, and once you’ve completed all of the challenges – to do propaganda, or to sabotage enemy equipment, or to rescue people who’ve been captured or held hostage – once you complete all of the pieces, then you get a custom mission with a big custom gameplay challenge to inspire the rest of the people to fully rise up and take the borough back. This disables the checkpoints that Albion has in that borough, and makes the people in the borough like you more, and makes them easier to recruit, and awards you new potential recruits for your team.

So, the extra time absolutely gave us all of this room to look at features that were just out of reach for us a year ago, and figure out how to prioritize them to improve the game.

Were there any features that were shown earlier that you decided didn’t work? Was anything taken out?

CH: After the delay there was a bunch of iteration, and that meant that some things got removed, some things got changed, and some things evolved. A good example is permadeath; the entire game was a permadeath mode, where if your operatives were killed, they were killed. There were some difficult design problems we were going to have to solve with that, and the way we solved it with the extra time was to make permadeath its own mode.

So now it’s opt-in from the start of the game, and if you play in permadeath mode, your operatives can be permanently killed. One of the benefits of that is that, now that it’s an opt-in mode, it’s even more hardcore: if you team-wipe, or if all of your operatives are arrested, or put in the hospital, or killed at the same time, it’s actually game over. We weren’t comfortable with that when permadeath was the only option; now, it’s a real hardcore mode for players who want to engage with that. 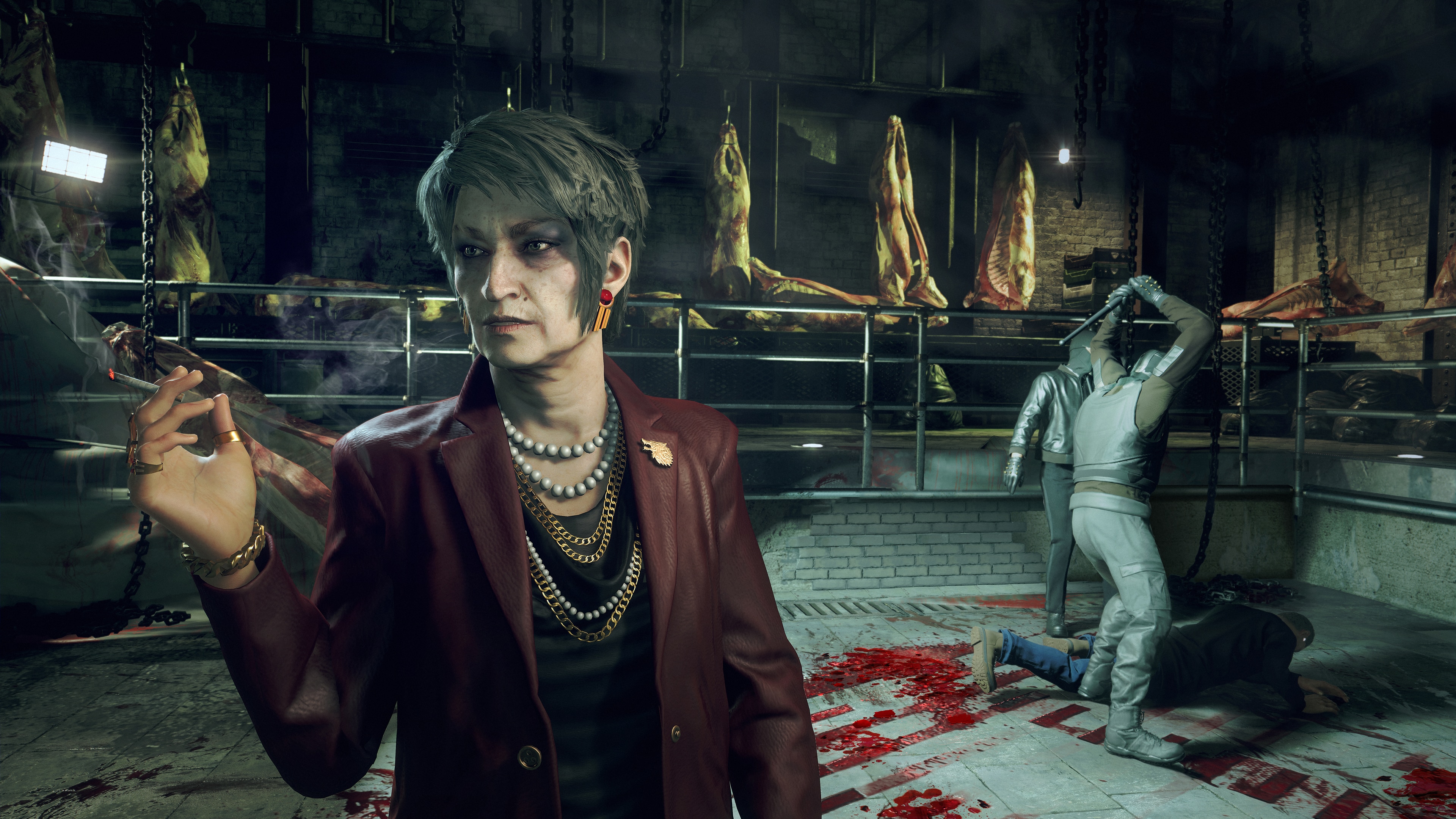 There were also characters who have a trait where they might die suddenly; we kept those in the game, and actually, even in the non-permadeath version of the game, there are some characters who are doomed, or who could die suddenly or randomly, or would be more likely to be killed from their injuries. But there’s a very small number of them, and they’re clearly advertised on their character profiles before you recruit them, and it’s impossible to have a team-wipe scenario, because of the way we’ve re-engineered the game system. So if you’re not playing in permadeath mode, you can still have some characters who might die if that’s a thing you’re interested in, but it’s not a threat to your enjoyment of the game.

Do you have a favorite character archetype to see beat the stuffing out of Albion guards?

CH: [laughs] You know, there’s so many characters that I like. I actually found a roadie the other day, which is not like a super-incredible character, but it was a roadie, and this one came with a guitar, as well as quiet footsteps and a silent pistol. [laughs] And I was like, “OK, I get it. He’s playing with some pretty rough-and-tumble bands, but he also needs to be quiet.” So I thought that was really funny; it’s not like some big superstar spy with a car that turns invisible – which is awesome – but it’s just a roadie. But it’s cool that all of his pieces kind of makes sense in the fiction of the character, and that he’s actually a really good stealth character, because he’s quiet and he has a silent weapon.

How do you approach balance with so many possible character combinations? Do you prevent characters from having skills or items that might not be appropriate to their profession, for example?

CH: Part of the answer is, we build all of the properties for characters. We don’t build characters, right? We build properties, and then we allocate properties to characters in ways that make sense. And then there’s a generative element to it as well. So it’s our responsibility to make sure that individual properties are as well-balanced as they can be. But of course there are characters that have many properties, and so some of those characters are going to be more powerful. 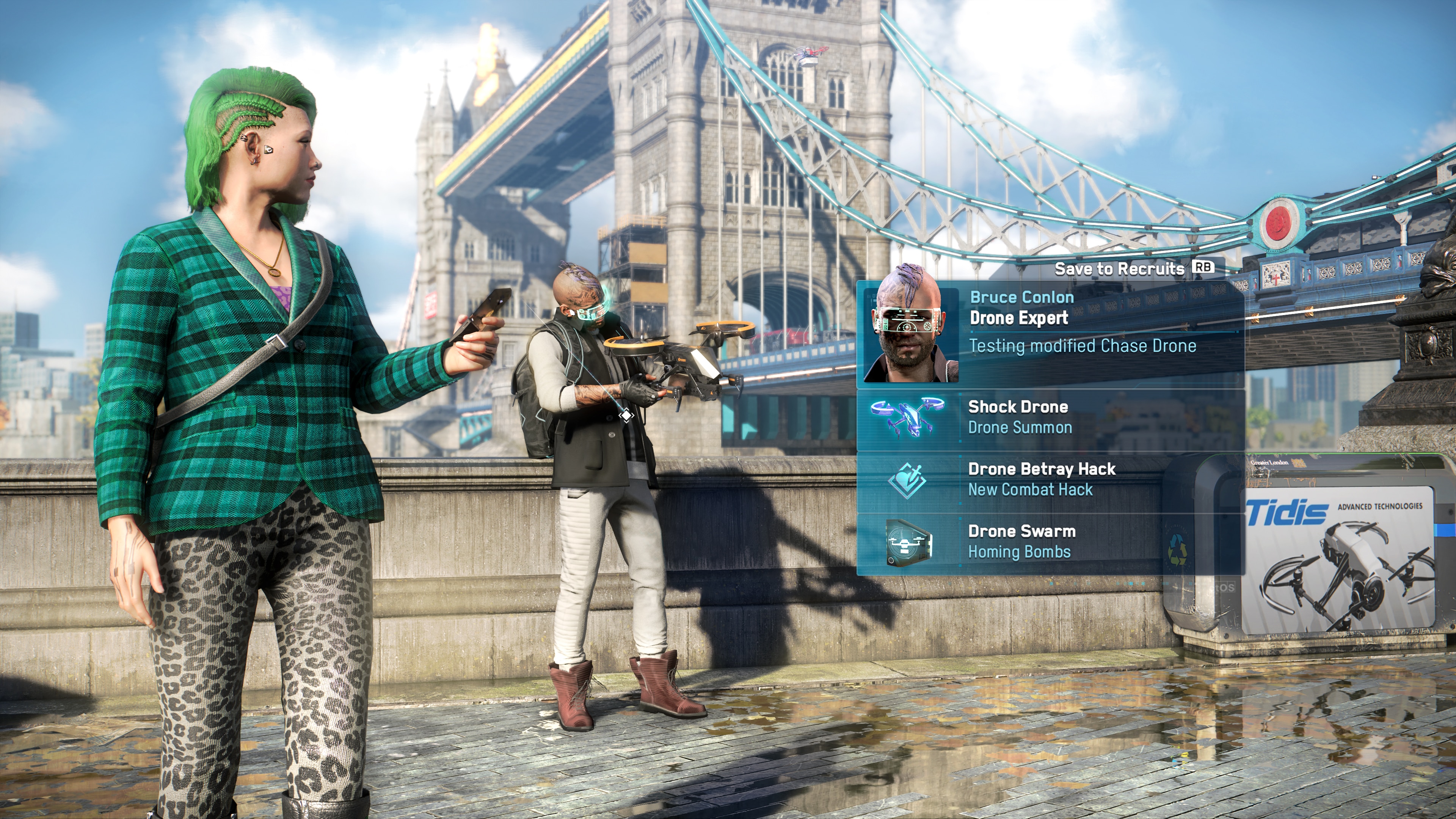 Our answer to that is really more along the lines of, we think it’s fun to be able to do interesting and new and creative things, and to play in different ways, and that is more important to us. That an outlying character might be more powerful than this other, much weaker character – we don’t think that breaks the game. We think that just gives you more opportunities to engage with the game and be expressive in the way you play. I also think there is an enemy ramp-up, and the game definitely gets significantly more challenging as you move into the back half, which is sort of a little bit further than where the demo gets you. I don’t think that there’s any threat or really any characters who are OP or exploitive of the experience. I don’t think that that’s in there right now.

CH: [laughs] I’m a pessimistic person by nature. I’ll be frank about that. I always have been, and it’s something I even, in a bit of a twisted way, take a bit of pride in. But to be completely honest, I think despite how complex – and in some ways, dark – many of the themes of the game are, working on the game has actually been inspiring for me, because I think that the important themes of the game aren’t the dark ones, and the heavy ones, and the scary ones, and the authoritarians, and the opportunists, and the surveillance technology, and the economic strife, and the politics. Those aren’t the important themes.

The important theme is people coming together and standing up for one another, and respecting one another, and treating one another as equals to work together to make a better future. And, you know, I see that in the world, and I look at the covers of magazines with nurses and ordinary people on them, standing up to make the world a better place. And I think there is hope, and I’m glad that this game isn’t just a big romp of action and violence against authoritarians. I’m glad that this message is there, because it seems really relevant today. 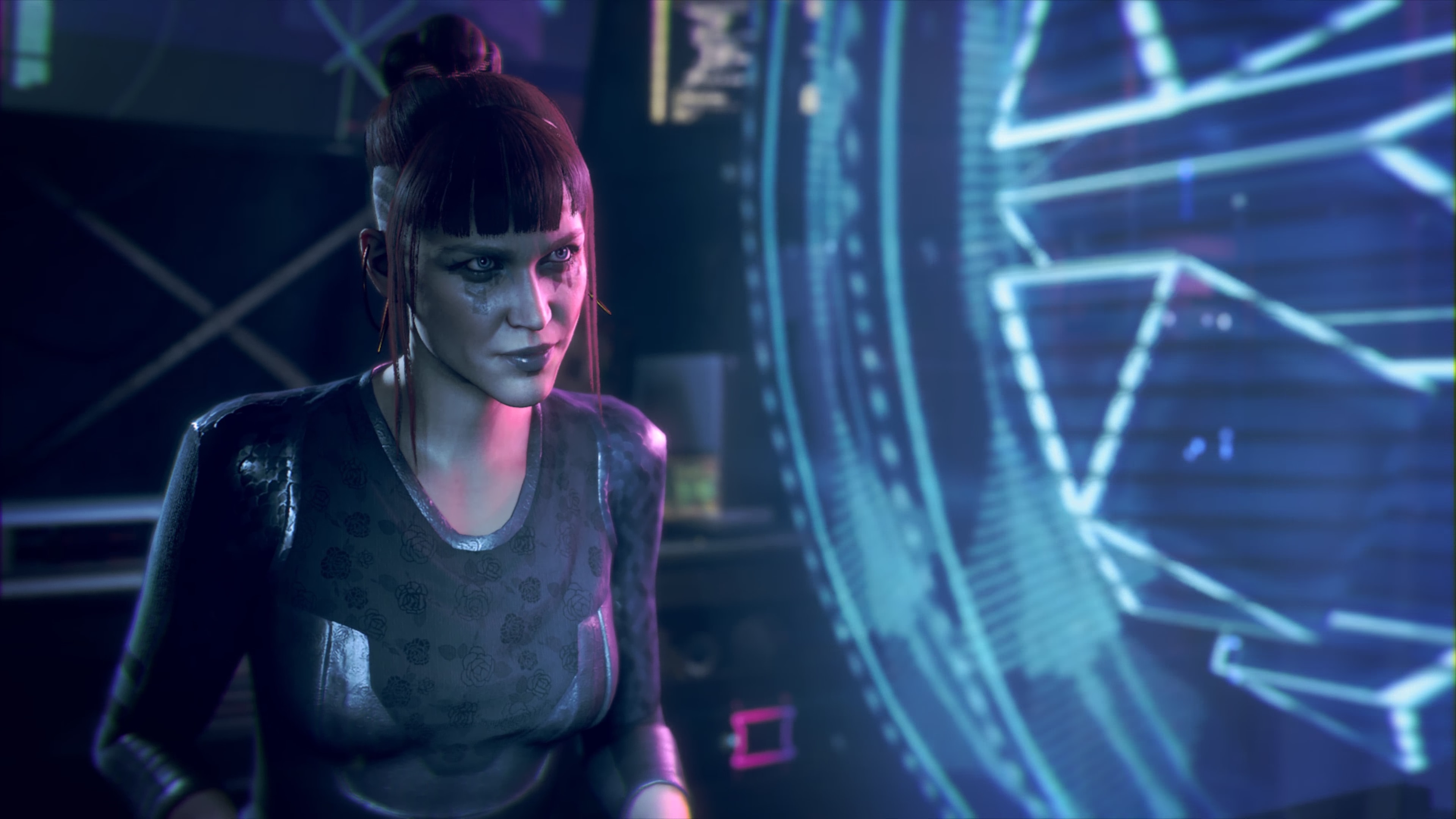 Sign up here to receive the latest news from the resistance, updates on your favorite games, and more.