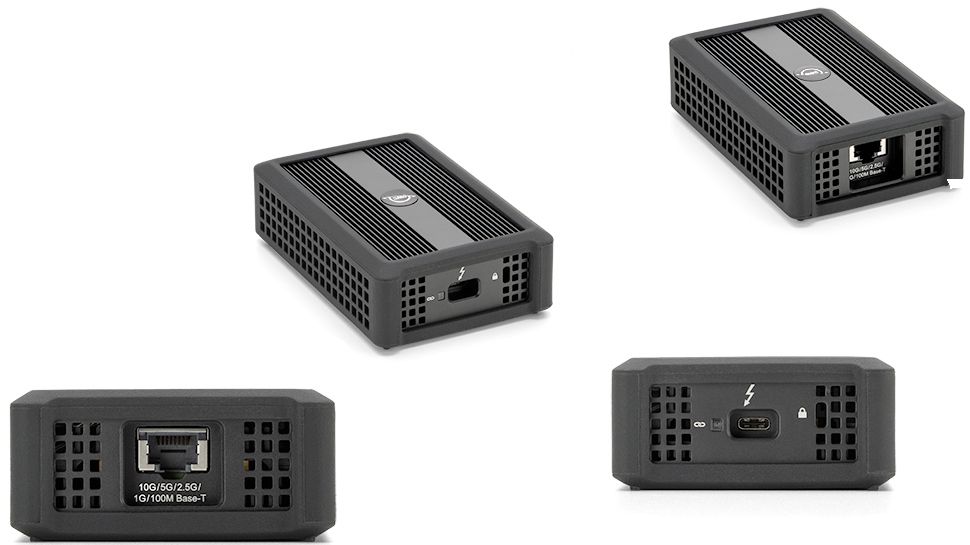 Since the product is bus powered, it can work out-of-box, but needs a driver for Microsoft’s Windows. While the adapter can work with all systems featuring a Thunderbolt 3 port, it is not guaranteed to work with all USB-C hosts given the fact that it uses the Alpine Ridge chip.

Faster Ethernet for every laptop

The Thunderbolt 3 10G is compatible with both emerging and existing Ethernet standards, including10GBASE-T, 5GBASE-T, 2.5GBASE-T, 1000BASE-T, and 100BASE-T over an RJ-45 connector using CAT-6 or CAT-7 cables.

OWC’s Thunderbolt 3 10G adapter is essentially a rebadged version of Akitio’s T3-10G adapter released a couple of years ago, which is something to be expected given the fact that OWC acquired Akitio last year. Both products use the same enclosure and the same internals, so the new one is essentially a proven product under a new logotype available through some additional channels.

The OWC Thunderbolt 3 10G is now available directly from the company and from its resellers for $149. While $149 may not seem as a bargain for a network dongle, keep in mind that TB3-enabled devices are generally not cheap, whereas 10GbE remains a prerogative of corporations and prosumers.