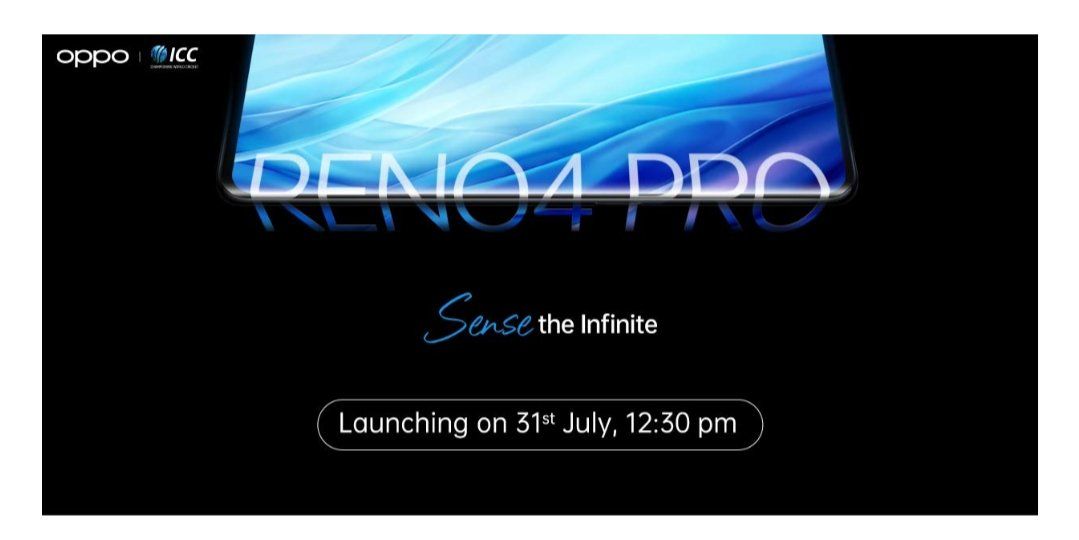 Oppo is all set to officially launch the Reno 4 series of smartphone in India and the launch date is finally confirmed. The Oppo Reno 4 Pro will debut on July 31st and will be available online via Flipkart (and Amazon). But as per latest hints, Oppo is also bringing the Reno 4 Global variant along with the Oppo Watch.

A report on  Moneycontrol says the device will have few tweaks compared to the Chinese variant that launched back in June. According to their sources, the Indian variant is said to have a 6.5-inch AMOLED FHD+ curved display with 90Hz refresh rate screen.

Interestingly, the report claims that the device will have a quad-camera setup with a 48MP main shooter, along with 8MP ultra-wide, 2MP Macro and a 2MP depth sensor. This is different from the Chinese variant as it had triple-camera setup with 48MP wide-angle, a 12MP Telephoto and a 12MP ultra-wide lens.

The front punch-hole is, however, said to retain the 32MP selfie shooter. Reports say that the rear camera setup will record slow-motion video upto 960fps.

Powering the Chinese variant is Qualcomm’s Snapdragon 765G 5G SoC. However, tipster Ishan Agarwal has revealed that the Global variant of the Pro which leaked with Snapdragon 720G 4G SoC recently, is heading to India too. This could mean that Oppo might bring both the variants or just the Global variant to India as 5G is still far away from the country.

Interestingly enough, the launch will also see the debut of Oppo Watch in India. The smart wearable launched a few months back in China and the reports say that 41mm and 46mm variants of the Smartwatch will arrive in India and boast White, Pink and Black, Gold colours respectively.

The 46mm has a 1.91-inch AMOLED display with a resolution of 402×476 pixels whereas the 41mm variant has a slightly lower 1.6-inch display with 302×360 pixels. Powered by Qualcomm’s Snapdragon wear 2500 SoC, 1GB RAM, 8GB storage, the watch will have features like sleep, heart-rate monitoring and more.

The report says that 41mm and 46mm will be priced at Rs.14,999 and 19,999 respectively. As for the Reno 4 Pro, it will be available for sale in Starry Night, Silky White colours from August 5 with a limited three days screen-damage protection offer valid for 180 days.