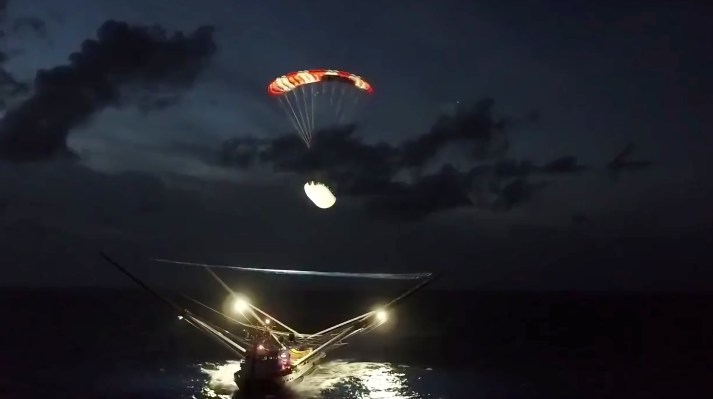 SpaceX has managed a first – catching both halves of the fairing used on one of its Falcon 9 rocket launches, according to CEO and founder Elon Musk. The fairing is a two-piece protective cover that surrounds the cargo on the launch vehicle as it ascends through Earth’s atmosphere on its way to space. SpaceX has been attempting to recover the fairing using two ships equipped with special nets designed to catch them as they fall, but this is the first time that the company has managed to actually catch both, rather than just one.

SpaceX attempts to reduce the cost of its launches by building In as much reusability as it can, which is why it has engineered a way to propulsively land its first stage rocket boosters back on Earth for refurbishment post launch. That part has been refined and is now fairly reliable, with SpaceX having landed a total of 57 of its spent first stages so far, including the one from today’s launch.

The fairing recovery attempts have not been as successful so far. While the company has recovered fairing halves from the ocean, and even reused them it after retrieving them from the ocean, it has only caught single fairing halves previously using the ships at sea, with a first catch on the STP-2 mission last June, and another in January.

SpaceX estimates that it can save as much as $6 million per launch by recovering and reusing the fairing halves – another considerable savings on top of the reused boosters. Catching them using the nets rather than retrieving them from the ocean after a controlled soft landing saves them a lot of time, effort, cost and risk to personnel, making it a much more effective way to reuse that component provided they can ensure the ships are able to reliably catch the fairings as they descend.

The fairing halves don’t have any propellant systems to control their landing like the Falcon 9 first stages do – instead, they’re slowed via parachutes, meaning there’s a bigger reliance on the ships to actually be positioned correctly to anticipate their fall, since it’s not specifically programmed. But there’s another big reason Musk and SpaceX want to get this aspect of the launch system right: Musk has said previously that he’d potentially consider adapting the fairing catching ships to also catch Crew Dragon capsules as they return to Earth, reducing risk for astronauts and recovery crews who currently have to collect them from the Ocean.