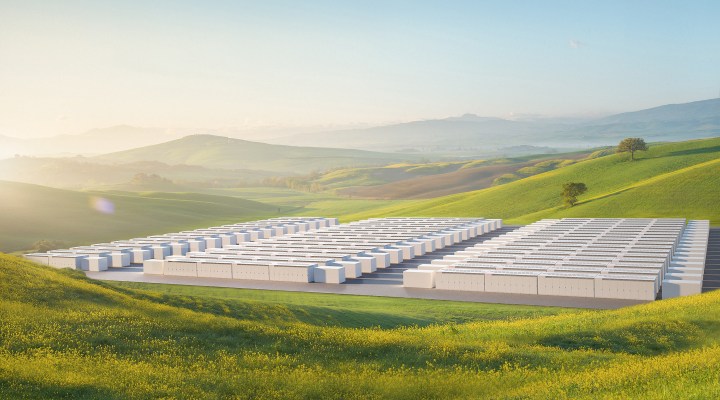 Tesla’s energy storage business picked up steam in the second quarter and even played a minor role in the company’s fourth consecutive quarter of profitability, according to earnings reported Wednesday.

Commercial and residential energy storage sales as well as solar are still mere slices of Tesla’s overall business, which is largely dominated by automotive. However, second-quarter results show some promise for energy storage, particularly Megapack, the utility-scale energy storage product that launched in 2019 and is modeled after the giant battery system it deployed in South Australia.

While Tesla does provide separate deployment stats for solar and energy storage, it combines the two when reporting revenue, making it impossible to fully measure the success of Megapack. However, Tesla made a point in its earnings statement to flag Megapack as a winner in the second quarter and noted that it turned a profit for the first time.

“There’s a lot of demand for the product and we’re growing the production rates as fast as we can,” Drew Baglino, senior vice president of powertrain and energy engineering, said during Wednesday’s earnings call.

For the past four years or so Tesla has been asking investors to view it as an energy company instead of just an automaker. Some analysts think that the real value in Tesla’s business will be when it actually achieves some level of parity between the two sides of the shop — a goal that Musk is also shooting for.

But energy storage and solar has remained in Tesla’s automotive shadow, despite assurances that these business products will eventually be equals. For now, energy storage remains a small, but growing, fraction of Tesla’s revenue.

CEO Elon Musk predicted its energy business would be roughly the same size at its automotive unit over the long term. He did not provide a timeline.

One product that Tesla is hoping will accelerate the growth of its energy storage business is Autobidder, the company’s machine-learning platform for automated energy trading.

Autobidder provides grid stabilization and ensures that things are “super smooth,” Musk said, adding that it is necessary in order to solve the sustainable energy problem

Overall, energy storage deployed was up 61% on a quarterly basis (from 260 megawatt hours to 419 megawatt hours) signs that the business is beginning to recover to levels before the COVID-19 pandemic hit. Energy storage deployments in the second quarter were still only 1% higher than the same period last year, illustrating that Tesla still has a ways to go before it hits numbers reached in the third and fourth quarters of 2019.

Tesla installed 27 MW of solar in the second quarter, down 23% from the previous quarter and off 7% from the same period last year. Some of that slippage is likely due to the economic slowdown and shelter in place orders that swept the U.S. in response to COVID-19.

Tesla became the leading solar installer in the United States with its acquisition of SolarCity but its position slipped as Sunrun and Vivint Solar surged in the U.S. market. Now, its looking to regain some of that ground with its Solar Roof, a new shingle-like product that has been development and testing for years. Tesla said Wednesday that installations of the Solar Roof roughly tripled in the second quarter compared to the first quarter. However, the company did not provide specific figures, making it unclear just how many Solar Roof installations it has completed.