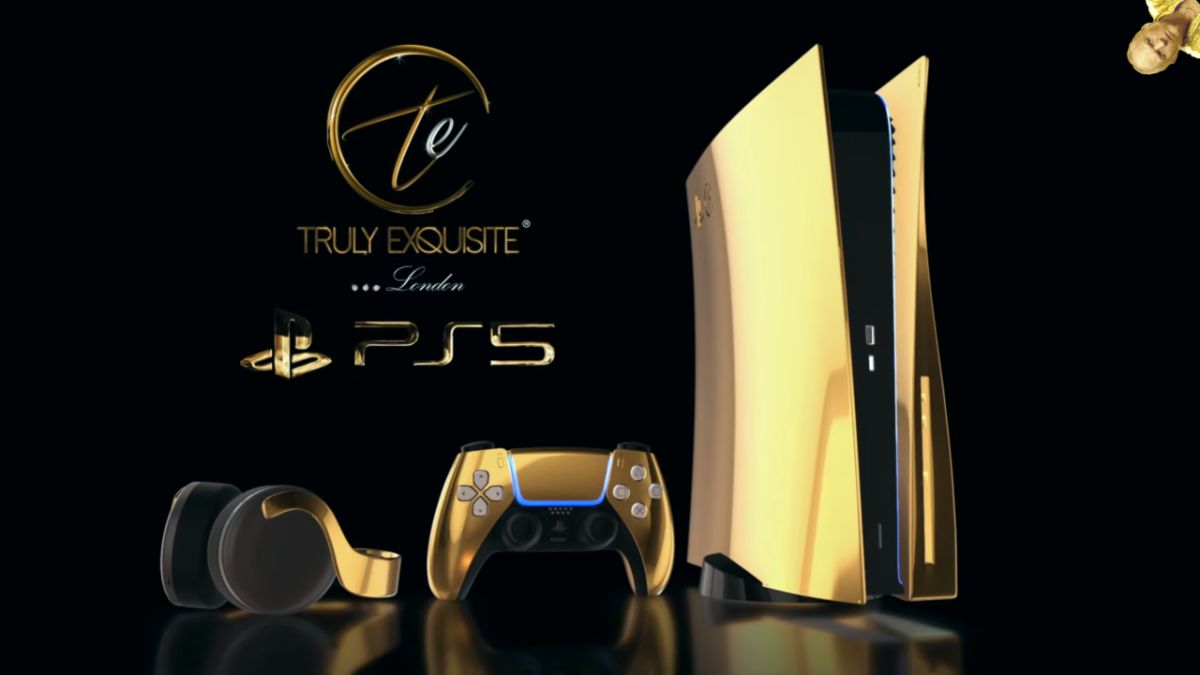 The PS5’s design has split opinion – some people love it, while others hate it. But one thing that everyone can agree on is that no one wants Sony’s next-gen console dipped in 24-karat gold. And yet here we are.

Aimed squarely at Goldmember from the Austin Powers film of the same name, the luxury British brand Truly Exquisite has unveiled a special limited edition PS5. It coats the ample curves of the PS5 in either 24K gold, 24K platinum or – if you’re a pathetic cheap skate – 18K rose gold. You can see the glimmering golden behemoth in all its glory in the trailer below.

Considering the humongous size of the PS5, you’ll want to keep this console locked in a security-manned vault after you’ve finished playing Spider-Man: Miles Morales, then.

Kunal Patel, founder and CEO of Truly Exquisite, had this to say about the extravagant gold PS5 design: “PS5 is arguably the most anticipated games console to ever be released and many people have been waiting years for this release. By offering a luxury limited edition PS5 for those individuals that truly want to stand out will be a popular choice.

“We’ve shown some of our most exclusive clients are renderings of the PS5 and have already had customers wanting to order these even without it being released. These will be hugely popular especially due to them being limited pieces with probably no more than 100 pieces released worldwide.”

It’s also worth considering how this luxurious makeover will affect the PS5’s weight. It’s already poised to be the second heaviest console of all time – tipping the scales at almost 11 pounds.

Sony still hasn’t announced a price or firm release date for the PlayStation 5 other than “Holiday 2020”. We’re expecting to hear more during a rumored State of Play event that’s tipped for August but until then, you could always draw over your PS4 console using a gold pen, or cover it in tin foil to make it more classy. The choice is yours.