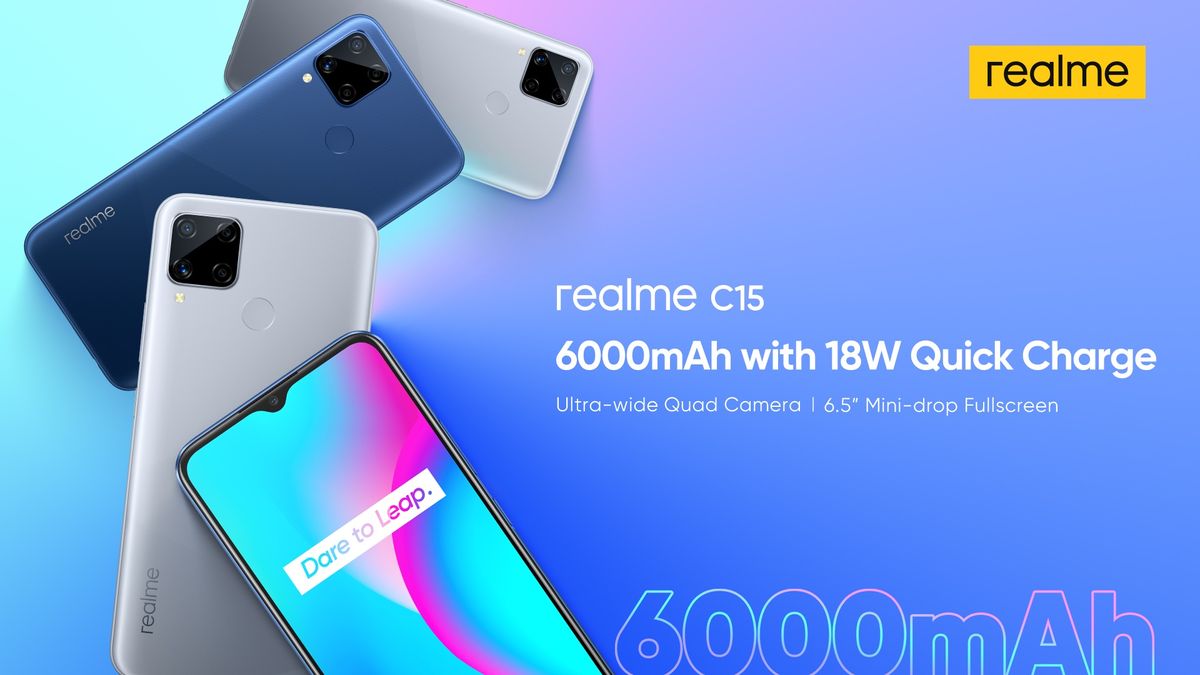 After a bit of teasing around, Realme has announced a fully loaded smartphone – Realme C15 in Indonesia. The C lineup of smartphones in Realme is the entry-level devices that are aimed at budget smartphone users. This new smartphone is a successor to the Realme C11 that was recently launched in India.

The Realme C15 comes with somewhat similar specifications as its predecessor C11. It has the same processor; however, the primary differences can be counted as a quad-camera setup and a bumped-up battery pack.

The Realme C15 comes in Marine Blue and Seagull Silver colour options and is available in multiple storage and memory variants. The Indonesian pricing of Realme C15 can be found below:

The company has not yet revealed anything around the availability of Realme C15 in India. As the C11 has already been launched in the country, you can expect its successor to make it to the Indian shores within a couple of months.

The Realme C15 sports a 6.5- inches LCD with a waterdrop notch and an HD+ (720×1,600 pixels) resolution. The display gets Corning Gorilla Glass protection. The phone draws power from an octa-core MediaTek Helio G35 SoC, coupled with up to 4GB of RAM and up to 128 GB of storage. The phone does support memory expansion up to 256 GB of storage with the help of a micro SD card.

A massive 6000 mAh battery powers the device and comes with an 18W fast charging support. The phone runs on Realme UI based on Android 10 and has a rear-mounted fingerprint sensor. This is a dual-sim smartphone phone that comes with connectivity options like Dual 4G VoLTE, Wi-Fi, Bluetooth v5.0, GPS/GLONASS/Beidou, MicroUSB, and 3.5mm Audio jack.