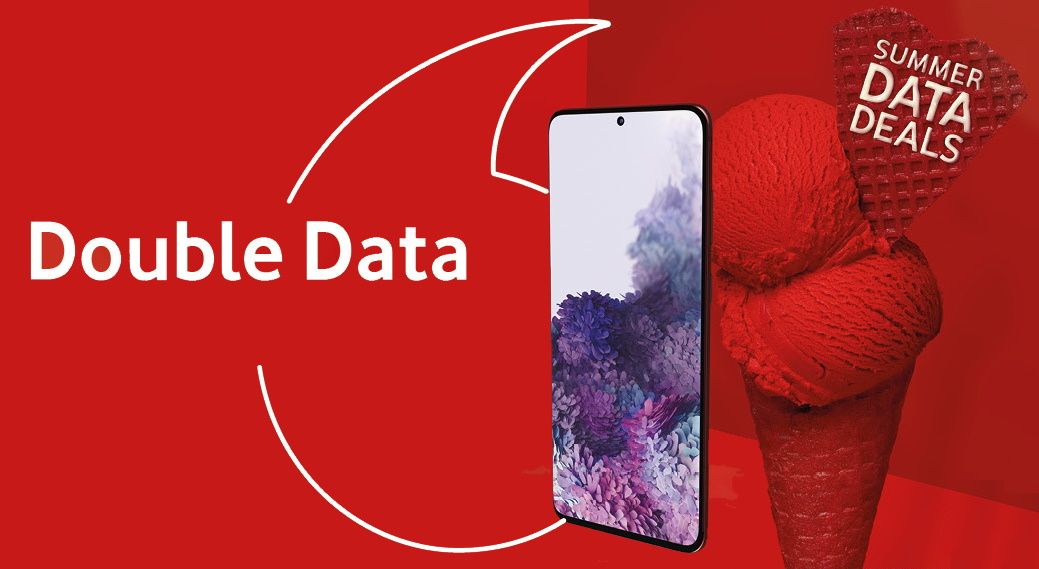 Apple iPhone fans rejoice…Vodafone has just announced a limited time deal that means you can get a new iPhone 11 Pro or iPhone 11 Pro Max with double the data.

The double data deal applies to pay monthly handsets but there are also deals on pay as you go and SIM only deals with five times more data. More on that below.

It’s all part of the network’s Smmer Date Deals that run until Thursday, September 3.

Go big on data with a new iPhone or Samsung deal

Grab the iPhone 11 Pro for £63 per month, after an initial £49 upfront cost, and you get 48GB of data rather than 24GB each month. You also get unlimited texts and minutes.

If you’re Team Android, then there’s a Samsung Galaxy S20 5G with the same data for £51 per month with a £19 upfront cost.

The five times more data on SIM only applies to the £20 per month deal that got you 20GB but now dishes out 100GB with unlimited calls and texts. For the pay as you go variant, it’s the £10 3GB bundle that now gets you 15GB, 250 minutes and unlimited texts for the price.

Discover more about these mobiles: