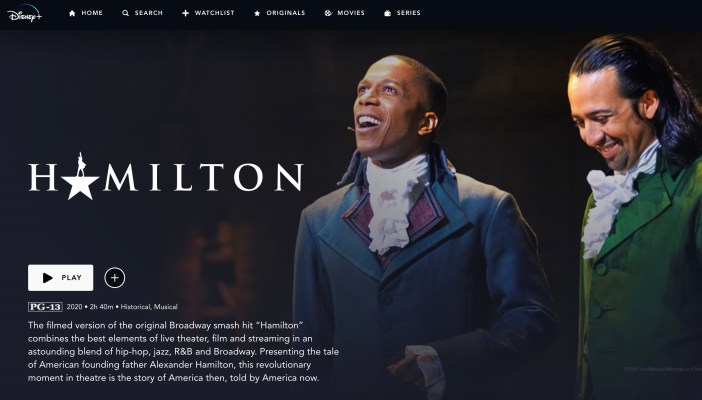 Disney+ had more than 60.5 million paying subscribers as of yesterday, according to The Walt Disney Company’s CEO Bob Chapek.

Chapek shared the number during a call to discuss the company’s latest earnings report, which covered the company’s most recent quarter ending on June 27. He was essentially offering an update on the 57.5 million paid subscriber figure included in the report, and he said the growth is “far exceeding our initial projections for the service.”

Disney+ launched in November of last year. The company previously announced in April that the service had passed 50 million subscribers. (Those numbers include subscribers acquired through bundling with Hotstar in India, as well as free subscribers through a promotion with TechCrunch’s parent company Verizon.)

The coronavirus pandemic has accelerated growth for some streaming services. Most notably, Netflix added more than 10 million new subscribers in its most recent quarter, bringing its global total to nearly 193 million. As for Disney’s other streaming services, ESPN+ has grown more than 100% year-over-year to 8.5 million subscribers (as of June 26), while Hulu grew 27% to 35.5 million subscribers (3.4 million of them are paying for both video on demand and live TV).

And Disney+ may have gotten an additional bump, thanks to the release of “Hamilton” over the July 4 weekend.

Overall, Disney said revenue for its direct-to-consumer and international division increased 2% year-over-year, to $4.0 billion, while the unit’s operating loss grew from $562 million to $706 million.

Still, streaming likely counts as a relative bright spot compared to many of Disney’s other businesses that have either slowed or paused entirely due to the pandemic. (Parks are gradually reopening, for example.) The company’s total revenue fell 42% YOY to $11.8 billion, and earnings per share for the quarter showed a loss of $2.61.

Update: During the call, Chapek also announced that “Mulan” will be released on Disney+ on September 4, as a “premiere access” title that costs an additional $29.99.