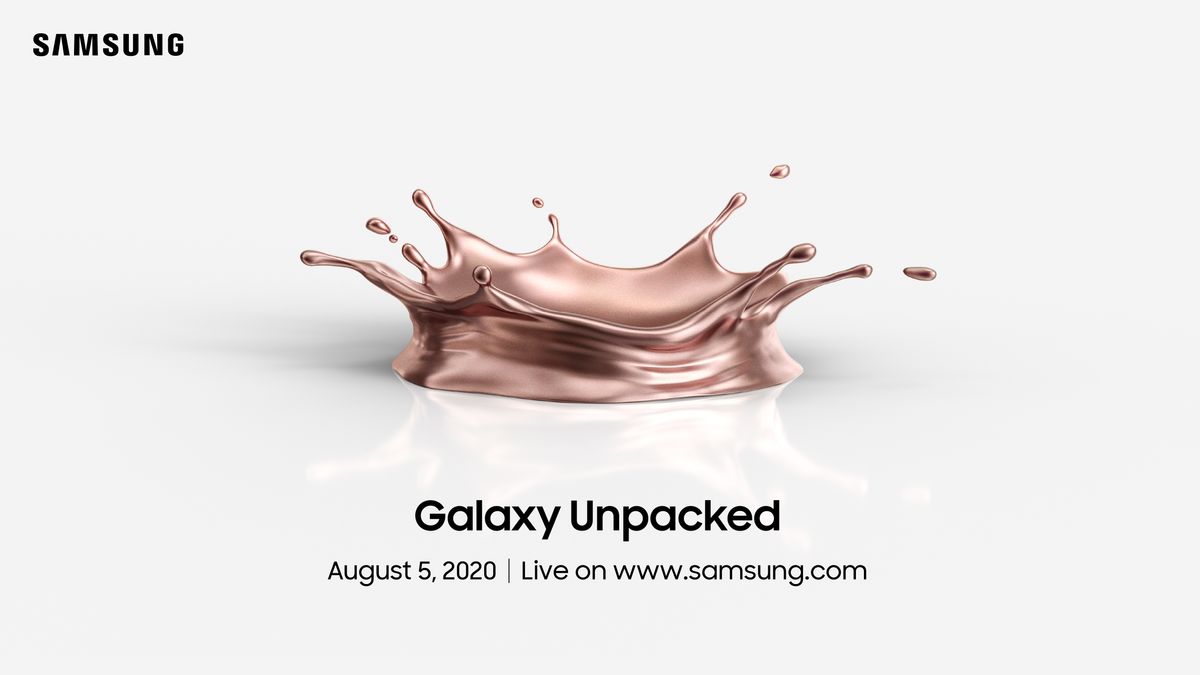 The next big Android phone of 2020 is about to be unveiled at a virtual event, and it’s a first for one of the biggest smartphone manufacturers on the planet.

Samsung Unpacked 2020 – the second big event from the company this year – is happening right now (August 5), and we’re expecting to hear about a variety of new gadgets from the company. The event kicks off at 7am PT / 10am ET / 3pm BST, which is midnight AEST on August 6.

It’s set to be an impressive showing from Samsung if the leaks and rumors we’ve been reporting on are anything to go by, so be sure to follow along here in the run-up to the big event, as well as tuning in to the show itself.

All times in Eastern Standard Time (EST)
09:56 – Still nothing on the audio front. Will this be fixed by the time we’re watching the event unfold? Who knows!

09:53 – The audio has cut out for the entirety of team TechRadar. Not sure if this is just a preparation thing, but it wouldn’t be the best if Samsung’s first proper totally virtual launch was a silent film, would it.

Fingers crossed the audio comes back again soon, or we’ll be chatting you through it from what we can see rather than what is actually announced.

09:49 – This repeating video on the live stream is driving us a little bit crazy now. While we wait for the main event, let’s run you through what we’re expecting to launch today. Below are the main products that are heavily rumored:

09:40 – The stream has started, and we’re being treated to 20 whole minutes of Samsung adverts with looks back at older products and collaborators (such as the aforementioned BTS).

We’ll be getting started here properly in about 10 minutes time, so be sure to refresh then ready for our coverage heading into the big launch.

09:25 – There’s only one way for our Managing Editor Matt Swider to note down what he’s expecting to see today.

09:09 – We only have a live stream for the Samsung Unpacked 2020 launch. You can watch below along with Samsung’s stream, or there are a variety of other streams you can find on Facebook and the manufacturer’s own website.

We’re only an hour out now from the big reveal starting off. What are your last minute predictions? Be sure to ping them to our Deputy Editor John McCann on Twitter in a reply to this:

08:20 – If you’re a fan of K-Pop, you’re in luck. A rumor suggests one of the biggest boy bands in the world – BTS – is set to perform at the virtual launch today.

That makes sense considering they partnered with Samsung for a specific device earlier this year. If you’re just here for the tech news… you may have to watch a bit of K-Pop to be able to get to it.

07:05 – Why should you care about the Samsung Galaxy Buds Live that are rumored to be unveiled today? There are two reasons.

TechRadar’s Home Tech Writer, Olivia Tambini, says, “Firstly, if the leaks are proven true today, they’re going to sport a design that we haven’t seen in true wireless earbuds before – how that will affect comfort and sound will be really interesting to see.

“Secondly, these earbuds could be Samsung’s first real rival for the AirPods and the AirPods Pro. Apple is the company’s biggest competitor, and so far, it hasn’t managed to outperform it with its previous true wireless earbuds. With that unusual design and the possibility of noise cancellation, the Galaxy Buds Live could be real winners.”

06:15 – Just hours before the first ever virtual Unpacked, a series of major leaks look to have almost fully revealed some the devices we can expect to see today.

They come via the often-correct leaker Evleaks, and you can see individual stories about all of the products below:

04:55 – Looking forward to today’s big reveal? You can watch the show live, and we’ve got a full guide on how to tune in.

For the best experience we recommend watching the live stream, and following along here for reaction and analysis as the new devices are announced.

04:00 – So what are we expecting to hear about today? There’s a lot for Samsung to run through, based on the leaks and rumors we’ve heard over the last few months, and here’s a quick run-down of what we expect to see:
02:00 – It’s early, but we just can’t sleep because of the Galaxy Note 20 launch. Alright, we’ll come clean – we’re actually writing this from our London bureau, so it’s not quite as early as that timestamp suggests.

But that doesn’t mean today isn’t exciting, with the leaks and rumors pointing to a host of new devices from Samsung.

Bookmark this page for the rest of your day as we run you through the biggest leaks so far, and the build-up to the event – including any last-minute leaks, before talking you through the virtual Unpacked event itself.

So make yourself comfortable, and be sure to check back throughout the day as we introduce you to Samsung’s next range of S Pen-toting phones and more.