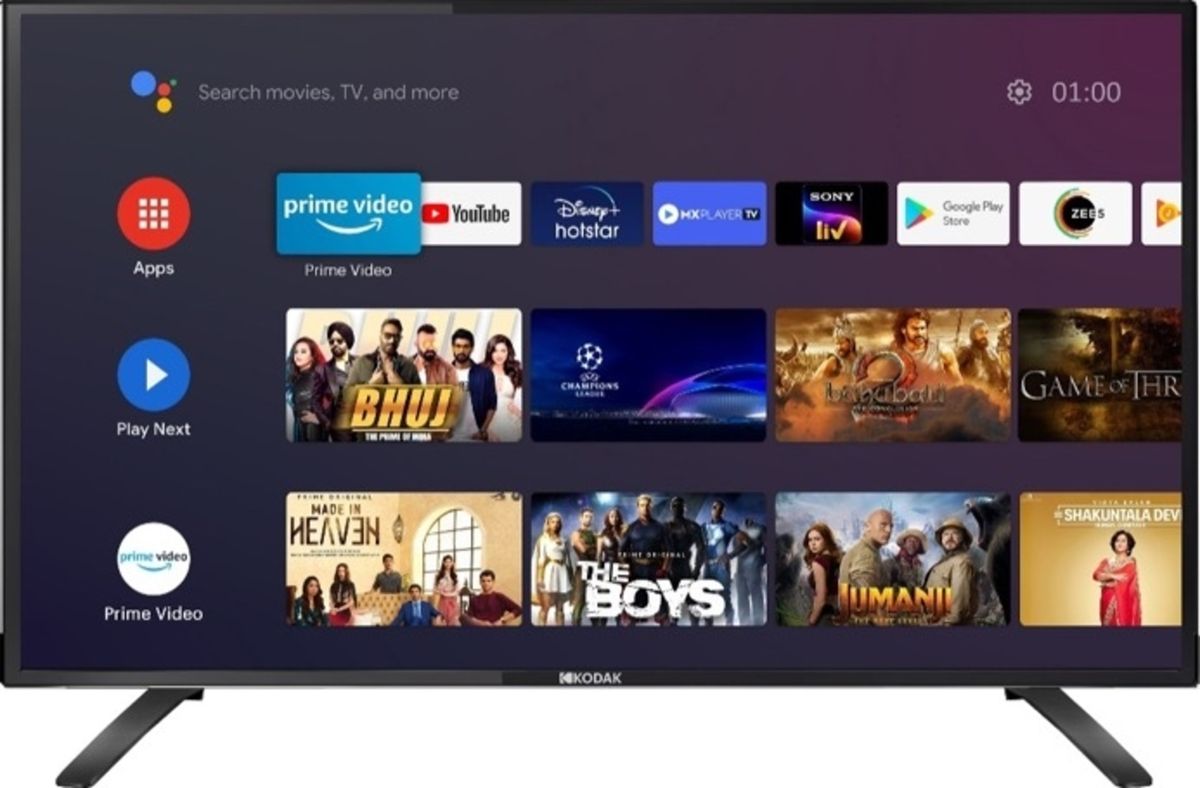 Close on the heels of announcing new investments in the country, Kodak TV India announced the launch of seven televisions under its XPRO and CA series. The Android TVs cover the entire array in terms of price range and screen sizes and goes on sale today.

With this launch, Kodak India claims to have become the first partners for Google’s Certified Android TVs in India with all the models being researched and tested within the country. It may be recalled that Google had recently announced investments worth $ 10 billion in India of which it had earmarked a sum to support Android TV partnerships.

The latest launch includes the 7XPRO Android televisions that would be available in six variants – ranging from the 32 inch HD to the 55-inch Ultra-Hd model. There is also the 40-inch Full HD, 43-inch Full HD and Ultra HD, and the 50-inch Ultra HD. In addition, the company has also brought the 75-inch CA series at a price point of Rs.99,999.

All the new products would be available on Flipkart and Amazon.

In a statement, Kodak TV India says it anticipates that like the 450 million smartphone users in India, smart TV users will also increase significantly, especially in the wake of the COVID-19 pandemic. Hence, these TVs are designed keeping in mind changing content consumption patterns and use of Smart TVs among consumers working from home.

The new television models come with an integrated Google Assistant, besides large screens that are useful for Chromecast video meetings, documents and built-in apps, such as YouTube Learning and Google classroom, assisting in learning and upgradation.

Customers can also cast photos, videos, music and other content. The XPRO variants are also loaded with features such as an RM Cortex-A53 Quad core processor, an Android 9.0 interface, and multiple connectivity options with USB 2.0, HDMI ARC/CEC and Bluetooth v. 4.1 that has a user-friendly remote control.

The models offer a near bezel-less design and a sound output of 24 Watts, besides coming pre-loaded with over 500 apps such as Spotify, Pandora etc. for music, movies and games. The remote control has been designed in India, with dedicated hotkeys for Netflix, Amazon Prime Video, YouTube and Google Play Store to provide a premium entertainment experience to customers.

Kodak TVs can also serve as a single platform for smart homes. With integrated Google maps, users can search routes in over 700 cities, control smart lights and identify COVID-19 relief centres within a radius of three kms.