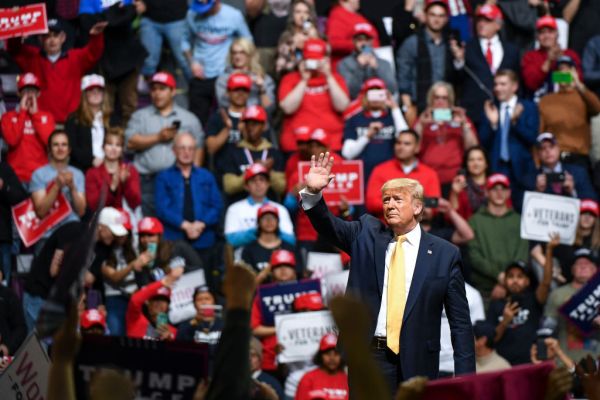 Twitter took action against the official Trump campaign Twitter account Wednesday, freezing @TeamTrump’s ability to tweet until it removed a video in which the president made misleading claims about the coronavirus. In the video clip, taken from a Wednesday morning Fox News interview, President Trump makes the unfounded assertion that children are “almost immune” from COVID-19.

While Trump’s main account @realDonaldTrump linked out to the @TeamTrump tweet in violation, it did not directly share it. In spite of some mistaken reports that Trump’s own account is locked, at this time his account had not been subject to the same enforcement action as the Trump campaign account, which appears to have regained its ability to tweet around 6PM PT.

Facebook also took its own unprecedented action against President Trump’s account late Wednesday, removing the post for violating its rules against harmful false claims that any group is immune to the virus.

The president’s false claims were made in service of his belief that schools should reopen their classrooms in the fall. In June, Education Secretary Betsy DeVos made similar unscientific claims, arguing that children are “stoppers of the disease.”

In reality, the relationship between children and the virus is not yet well understood. While young children seem less prone to severe cases of COVID-19, the extent to which they contract and spread the virus isn’t yet known. In a new report examining transmission rates at a Georgia youth camp, the CDC observed that “children of all ages are susceptible to SARS-CoV-2 infection and, contrary to early reports, might play an important role in transmission.”