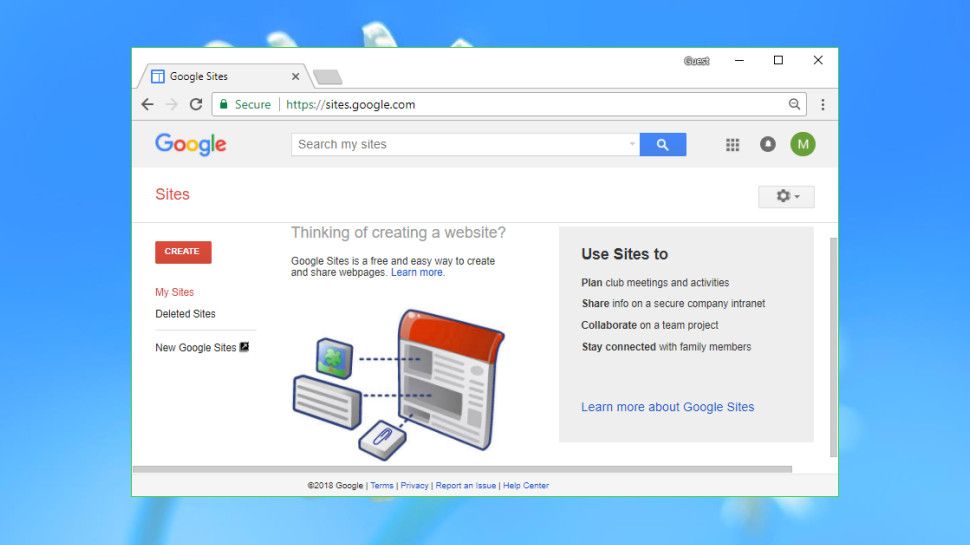 Google has sent out an email warning users that its classic Sites website builder service will soon be discontinued and that they need to migrate their websites to new Google Sites if they wish for them to remain online.

Following its acquisition of JotSpot back in 2006, Google launched Google Sites in 2008 which made it easy for users to create their own sites. However, eight years later the search giant introduced a new Google Sites service that became part of G Suite.

An email with the subject line “Migrate your classic sites to new Google Sites” was recently sent out to active users of classic Sites explaining how the service will be shut down on September 1, 2021. As part of this transition, creating new websites with classic Sites will be disabled on November 1, 2020 and users will have around a year to migrate their classic sites to new Google Sites.

In addition to announcing that classic Sites will be phased out, Google also launched a new service called Classic Sites Manager which will make it easier for users to convert their classic Sites to new Sites. The service allows users to convert, archive or delete any classic Sites tied to their accounts as well as export a spreadsheet of all of their sites to Google Sheets. To avoid any potential disruption, Google is urging users to begin the transition to its new website builder as soon as possible.

At the same time, G Suite admins have been given a different transition timeline according to a blog post from the company. For G Suite users, creating websites in classic sites will be disabled in May of 2021 and they will no longer be able to edit their sites in October, with the service being shut down completely in December of next year. This transition was actually delayed as a result of a number of features from classic Sites not being available in new Google Sites but this has since been fixed.

Any classic Sites that are not migrated to new Google Sites before the deadline will automatically be archived and saved to their owner’s Google Drive.