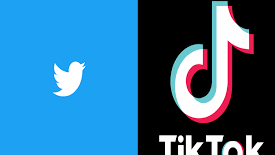 There is apparently one more suitor for TikTok in the US.

The beleaguered Chinese video-sharing app, which is under immense pressure from the US government to get its act together, was reportedly talking it out with Microsoft.

First they said Microsoft would want to take over TikTok operations in North America, New Zealand and Australia. After that the regions of India and Europe were also bundled in.

TikTok is also banned in India on security concerns.

Amidst all this brouhaha, comes the news that social media platform Twitter is interested in taking charge of TikTok in the US.

The Wall Street Journal, quoting unidentified sources, has reported that Twitter has held preliminary talks with TikTok about the possibility of acquiring the US operations of TikTok, which is under fire from US lawmakers over national security concerns surrounding data collection.

The Wall Street Journal‘s report is corroborated by the news agency Reuters, which, for its part, has two other people familiar with the development confirming Twitter’s interest in TikTok.

Twitter’s financial muscle not all that good

The surprising thing about Twitter throwing its hat in the TikTok ring is the fact that, as a company, its own market capitalization is just about at a par with the valuation of the assets of TikTok it wants to take over. Analysts say that both hover around the $30 billion mark.

In other words, Twitter will have to really stretch itself out if it is to succeed in its bid for TikTok’s US operations. But it is being said that one of the investors in Twitter, the big ticket tech investor, Silver Lake, is particularly interested in TikTok. It is reported to be the driving force behind this surprising gambit from the essentially conservative Twitter which is not known for such bold takeover bids. Twitter’s own shareholders may want it to focus on its core business.

In any case, analysts say Twitter’s move is broadly on paper alone, while Microsoft continues to be the leader in taking over TikTok.

Sources in the know have been quoted as saying that Microsoft is keen to stitch together a deal by mid-September. But one thing that may work to Twitter’s advantage is that it is not operational in China, and hence may face less scrutiny than Microsoft at Beijing.

Both TikTok and its parent company ByteDance have neither denied nor confirmed the Twitter’s interest in it.