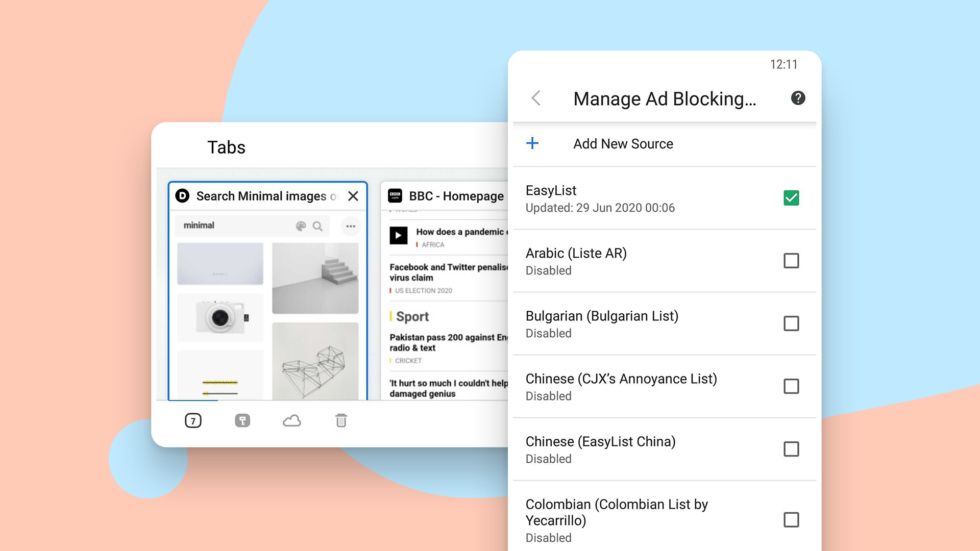 Vivaldi has released a new version of its privacy-focused web browser that expands the functionality of its built-in tracker and ad blocker but the company won’t be adding a VPN anytime soon.

This is because working with a third party to add a VPN to its browser could undermine its privacy. TechRadar Pro spoke with company’s co-founder and CEO Jon von Tetzchner who provided more details on whether Vivaldi was considering adding a VPN to its browser, saying:

“As of now, we have no plans. Any third party service comes with issues related to privacy. There is always a question of being able to trust the service provider.”

As the number of web trackers has skyrocketed in recent years, Vivaldi decided to launch its browser on Android with a built-in tracker and ad blocker. With its latest release though, the company is taking things a step further by allowing users to enable even more blocking lists and even giving them the ability to include their own custom lists.

Vivaldi ships with a series of preinstalled blocking lists/sources which can be easily enabled or disabled with a simple tick. Additionally, users can even opt for a country-specific list depending on their region or preference. Importing and adding a custom list into this feature is simple and can be done in a similar way to how users add their own lists to Vivaldi’s desktop counterpart.

By navigating to the browser’s settings, users can activate, deactivate or remove an already provided custom list and make exceptions including any addition or change in the blocklists. Users can also enable or disable blocking for specific websites and manage blocking levels per site either from Vivaldi’s address field or settings.

In its latest version, Vivaldi has also made some changes to how users navigate in its browser by adding more functionality at the bottom of the app.

The company had previously made it possible to switch between panel functions, bookmarks, history, notes and downloads at the bottom of the app. Now though, Vivaldi has moved similar buttons for enhanced tab functionality to the bottom as well. These buttons allow users to easily switch between open, private, recently closed or synced tabs.

Lead designer of Vivaldi on Android, Alte Mo explained in a blog post why the company has decided to move all navigation bars to the bottom of the browser, saying:

“A consistent layout across the entire app results in the predictability and usability that we strive for. Our aim in putting all navigation bars at the bottom is to make browsing with key functionality in Vivaldi just a thumb away. Based on user feedback, we’ll continue to make the interface more intuitive and visually striking.”