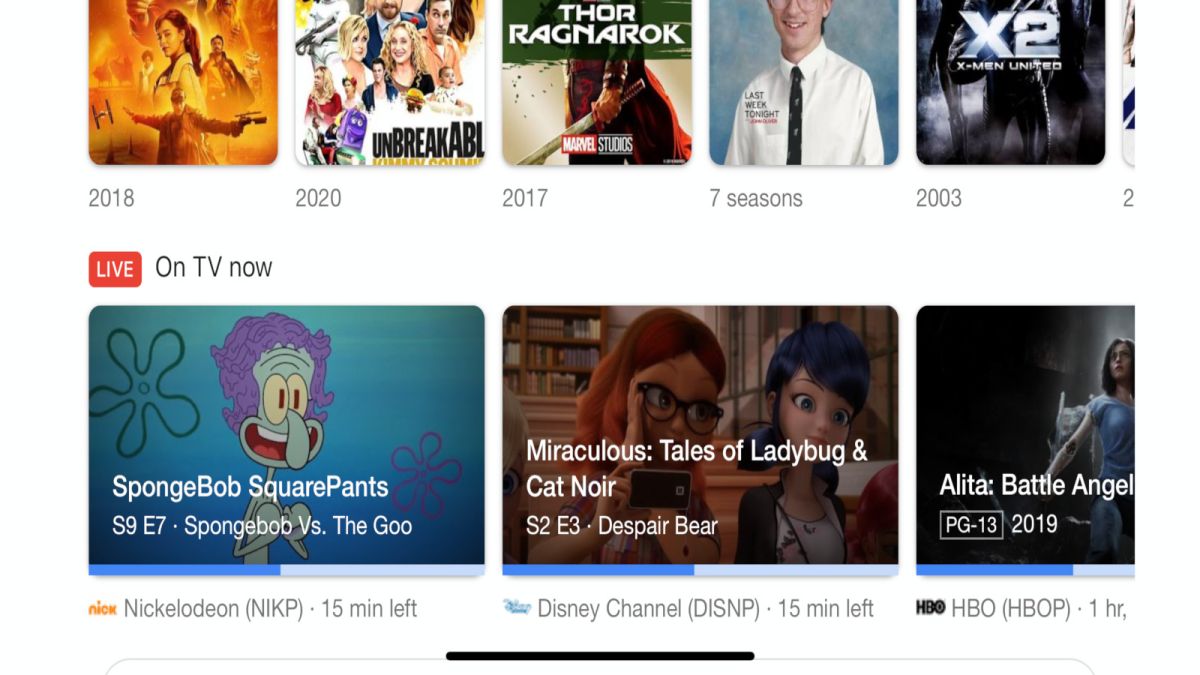 If you’ve been struggling to find something new to watch on TV, there’s good news: Google searches now have live TV results for sports and popular shows that are going on right now.

The new feature was described in a post on Google’s blog today, and you can try it for yourself by searching for ‘what to watch’ or ‘good shows to watch’ on the Google app on iOS or via Chrome on Android.

Try it and you’ll see a new row of content for popular live TV shows that are already in progress, plus a list of recommended shows and movies tailored to your tastes and subscribed streaming services.

Clicking a recommended movie will show you all the streaming services where that film’s available to watch… but Google does list YouTube first instead of prioritizing the cheapest option first.

That said, sports fans will appreciate being able to search for their favorite team and seeing all the available ways they can stream their next match. The only catch here is that, according to Google, this feature is going to be available first to MLB and NBA teams before rolling to more leagues in the future.

Too much to watch and too little time

The idea behind the new update is to cut down on the time we all spend searching for something to watch. There are over 5,000,000 searches for ‘what to watch’ every month in the US alone according to Keywordtool.io, so clearly people need help.

The update to search is one way to do that and mirrors some of the work Google has been doing on its Android TV smart platform that has, for the last few years now, been recommending content for its users.

The addition of where to stream sports matchups is certainly new, though, and is a huge boon for those of us who live outside our home team’s market. (Go Bills!)

The update is live right now (at least it is here in the US) so go ahead and try it yourself.