The 3-person company launched earlier this year and is taking on “Robotic Process Automation” giants including UiPath and API connectors such as Zapier. 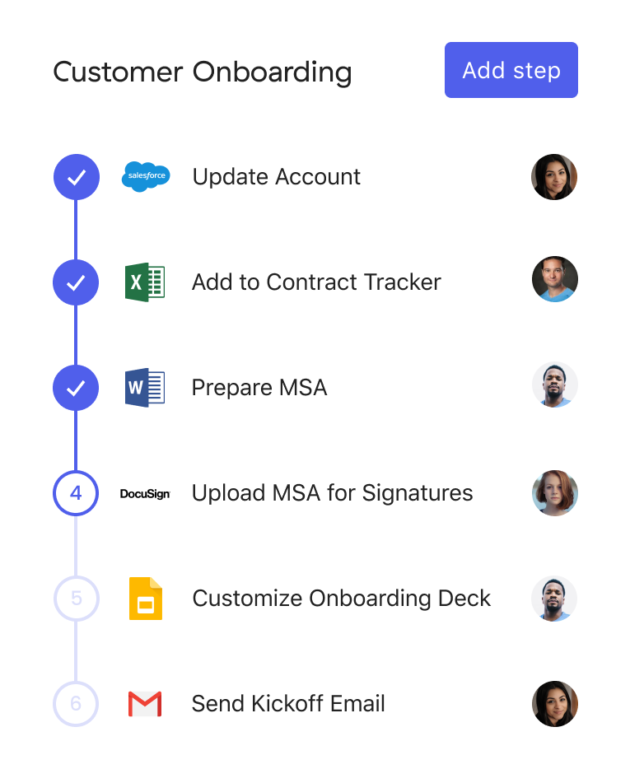 Reflective aims to differentiate itself with a no-code platform that lets anyone design workflows across various software systems both in the cloud and on-premise. It aims to address the issue of increased context switching between different apps.

For example, one customer uses Reflective to sync a COVID-19 health screening feature within its scheduling software with Slack, streamlining how managers are alerted about a potential sick worker.

Another needed help speeding up review and entry of merchant account data into Salesforce. Reflective replaced what was previously an email-based process that took more time.

“Many core workflows are still run in email and spreadsheets,” Reflective CEO and co-founder Pejman Pour-Moezzi said in a statement. “These companies don’t have the six-plus months often required to migrate to a whole new stack. What’s attractive about Reflective is that in a few hours, it makes their existing software multiple times more efficient.”

Pour-Moezzi previously co-founded a yoga and fitness instructional video platform called Cody, which was acquired by Alo Yoga in 2017. He started Reflective with Bryan Oki, who previously started Chorus Fitness, and Bookis Worthy, co-founder of Kids on 45th and Ada Developers Academy.

Pour-Moezzi said interest in Reflective’s product is high despite the ongoing the economic crisis.

“With many companies needing to reimagine how they operate, they see Reflective as an efficient way to design, implement, and automate their new workflows,” he noted.

Robotic Process Automation, or RPA, involves systems that use AI to learn and then take over routine and mundane software processes and business workflows from human workers. UiPath is a leading RPA startup and recently raised an additional $225 million.

Pour-Moezzi said the issue with traditional RPA is that “the implementations are slow and expensive, often requiring costly consultants for workflow discovery plus dedicated technical staff with scripting experience.” He said the scripts also tend to be brittle and often break when interfaces change.

“Reflective is a no-code platform, so the employee executing the work can design the workflow themselves,” he said. “Also, we don’t try to automate everything. Our model is hybrid or ‘human-in-the-loop’ meaning people still execute the steps that require complex decision-making or creativity — making it more flexible than an automated script.”

UiPath has a R&D hub in Bellevue, Wash. This past May Microsoft acquired London-based Softomotive, a UiPath competitor.

“While many tech-savvy companies have modernized their software tooling over the past decade, the vast majority of companies still operate using an unpredictable mix of legacy on-premise software and point SaaS solutions, requiring critical data and tasks for key workflows to be managed across multiple incompatible systems,” Founders’ Co-op General Partner Chris DeVore said in a statement. “Reflective is an elegant solution that allows those companies to begin their shift toward modernization without undertaking a risky and expensive digital transformation effort.”