Sky Q brings back one of its best games, Beehive Bedlam null 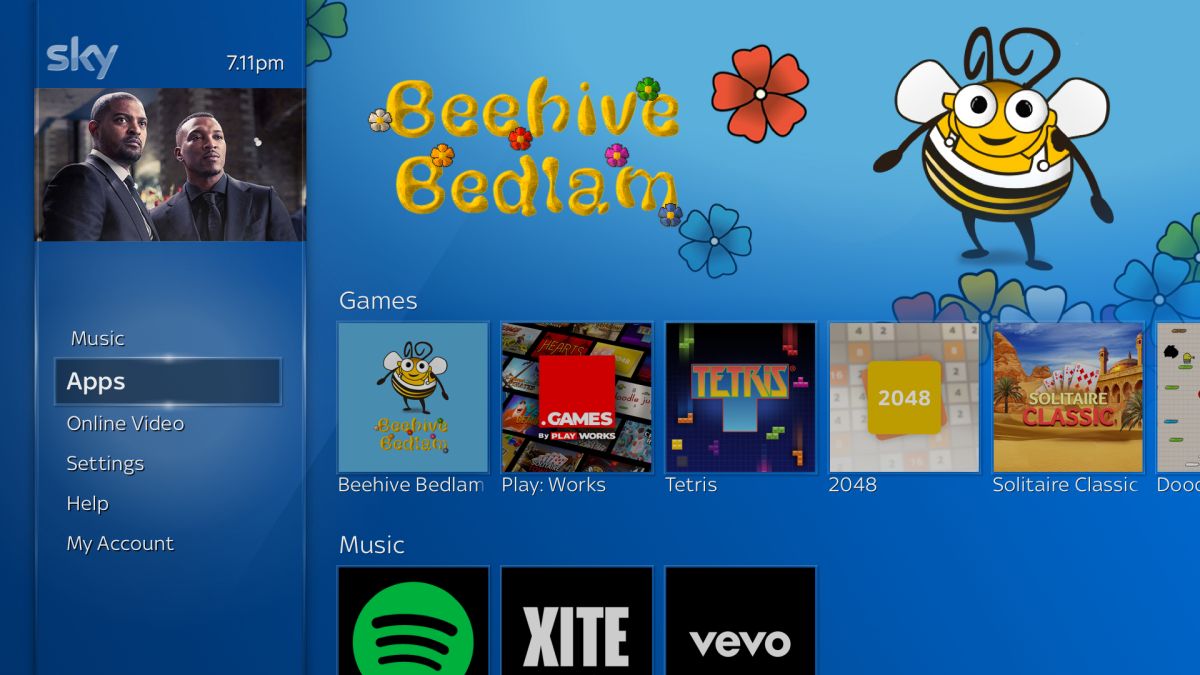 A Sky Q subscription also nets you access to a host of different games to play on your TV, and now Beehive Bedlam is one of them.

If you need another time-filler, look no further. Sky has brought back the classic mini-game Beehive Bedlam, a fan-favorite puzzle game from the now-shuttered Sky Games service, which closed in January 2015.

Sky Q subscribers will be able to play Beehive Bedlam on their Sky Q or Sky Q Mini boxes, offering a handy way to pass the time between TV episodes, or just work on your puzzling skills throughout the day while stuck indoors.

BREAKING: Beehive Bedlam is back on Sky Q! 🐝🌼 Wouldn’t have been possible without you begging us to bring it back, so thanks to all of you! #MySkyQ pic.twitter.com/wYeiFTchrYAugust 14, 2020

Sky started adding games in its PlayWorks app back in May, and it’s certainly casual fare, but for the young’uns or bored among you, it’s totally worth dipping into.

Beehive Bedlam is a spin on the classic Bubble Shooter formula, in which players aim bubbles – or, in this case, flowers – at a stack of colored icons, matching the color of the projectile to gradually clear the beehive and move onto the next level. It’s a winning formula, and one that’s been utilized in a host of mobile games or casual titles over the years, from Bobble Bust-A-Move to Peggle.

While Sky Games shuttered in 2015, a fan-made version of the game has been available for some time on iOS, Android, Fire TV, and PC.

A neat touch for Sky Q subscribers is the implementation of voice commands: saying “Start Beehive Bedlam” or even “Bee Bee Bee” will bring up the app for you. Other Sky Q games include the likes of Solitaire, Cross Road, and Tomb Runner.

As Sky is keen to point out to us, there was even a Change.org petition to bring the game back for new Sky devices, showing just how committed some fans are to the title.