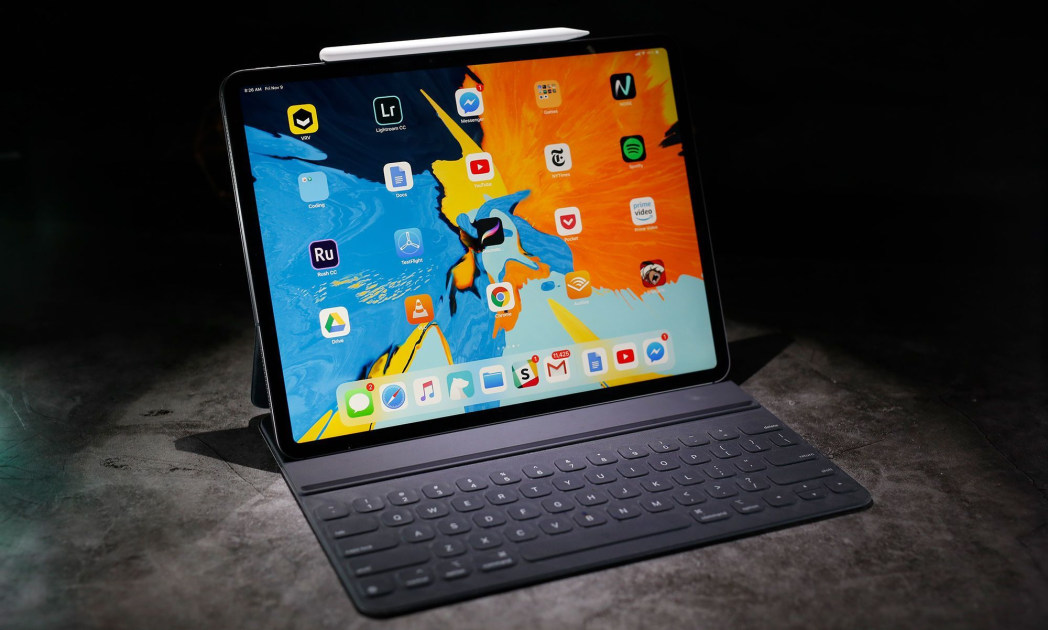 The iPad Pro model included in these deals has 64GB of storage and WiFi + LTE capabilities. That means you can opt to pay for wireless service so your iPad Pro is never without a connection. While 64GB of storage is on the low side, it won’t be a huge hinderance if you save most of your documents and photos in iCloud or another cloud storage service.

The 12.9-inch iPad Pro is the biggest iPad that Apple makes and we gave this model a score of 84 when it first came out back in 2018. No, this isn’t the 2020 iPad Pro that debuted a couple of months ago, but that’s ok for most users. The 2020 model adds a new ultra-wide camera and a LIDAR sensor — while those components up the AR game of the latest iPad Pros, regular users probably won’t miss them.

Otherwise, the 2018 iPad Pro gives you everything you’d want in a pro-level tablet. It has that sleek, thin-bezeled design that Apple reserves for the iPad Pros, a stunning Liquid Retina display, fast performance, a USB-C port for charging and support for the second-generation Apple Pencil. The hardware is stellar, but the improvements brought by iPadOS 13 — things like better multitasking, improved support for downloaded files and desktop-class web browsing in Safari — truly push the iPad Pro closer to being a laptop replacement than ever before.

If you want the full iPad-as-a-laptop experience immediately, you can shell out $999 for the bundle that includes the new Magic Keyboard. You essentially get the 12.9-inch iPad Pro at the $669 sale price and the Magic Keyboard for $330, which is $20 cheaper than than the accessory’s normal price. It’s an insanely luxurious keyboard that’s a dream to type on, but it’s admittedly quite expensive. You could opt for a third-party Bluetooth keyboard or keyboard case to save some money, but this remains a decent deal if you want to get everything in one shot.