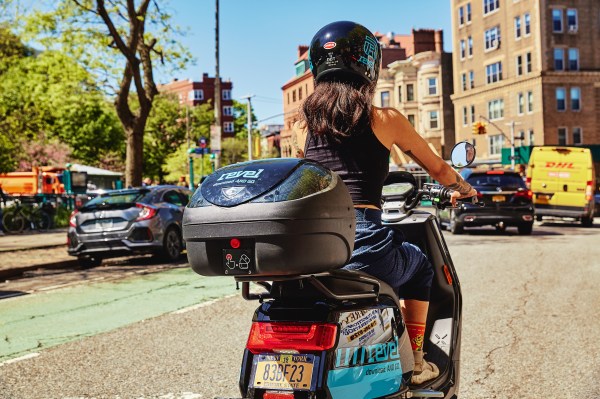 Shared electric moped startup Revel has resumed operations in New York City a month after shutting down its service following several deaths. The startup’s blue mopeds that had become a familiar sight in New York City are back, but with a number of new protocols and features aimed at boosting safety and assuaging city officials.

Revel voluntarily shut down its service in New York City on July 28. Revel restarted its 3,000-strong fleet of mopeds in four boroughs, Brooklyn, the Bronx, Manhattan and Queens after the city of New York approved its relaunch plan. Revel, which was founded in March 2018 by Frank Reig and Paul Suhey, is leaning heavily on its app to improve safety, including training videos and tests, a helmet selfie feature that require photographic evidence that user is wearing a helmet and a community reporting tool.

Revel said it partnered with behavioral science experts at The Behavioral Insights Team to develop a new mandatory in-app safety training designed to improve users’ knowledge of safety measures and compliance with those practices. The company will now require all Revel users, including long-time users of the service, to take a 21-question safety training quiz and watch an instructional video before they can start their first ride. The training covers rules of the road, proper pre-ride protocol as well as prohibited activities and consequences of violating the rules.

Revel is expanding this training feature to other markets where it operates, including Austin, Oakland and Washington DC. Users in these markets outside of NYC will have until September 1 to complete the training. Riders in Miami will also have to take the training once COVID-19 related shut downs are lifted and the service resumes.

The company, which raised $27.6 million in a Series A round announced last fall, has added a helmet selfie feature which riders will have to use before beginning their rental. If a passenger is indicated, they will also be required to take a selfie. The helmet case unlocks when the user selects “start ride,” but the power to the moped won’t come on until the selfie has been submitted.

Revel is also rolling out a feature that any New Yorker can use, with or without a company account. Starting Thursday, Revel said anyone can open the Revel app and report bad behavior of riders in the city. Revel said it also has limited hours of operations for the 60 days and will shut down between midnight and 5 a.m. and has beefed up its suspension policies and added more free lessons, which anyone with an account can book through the app or website.