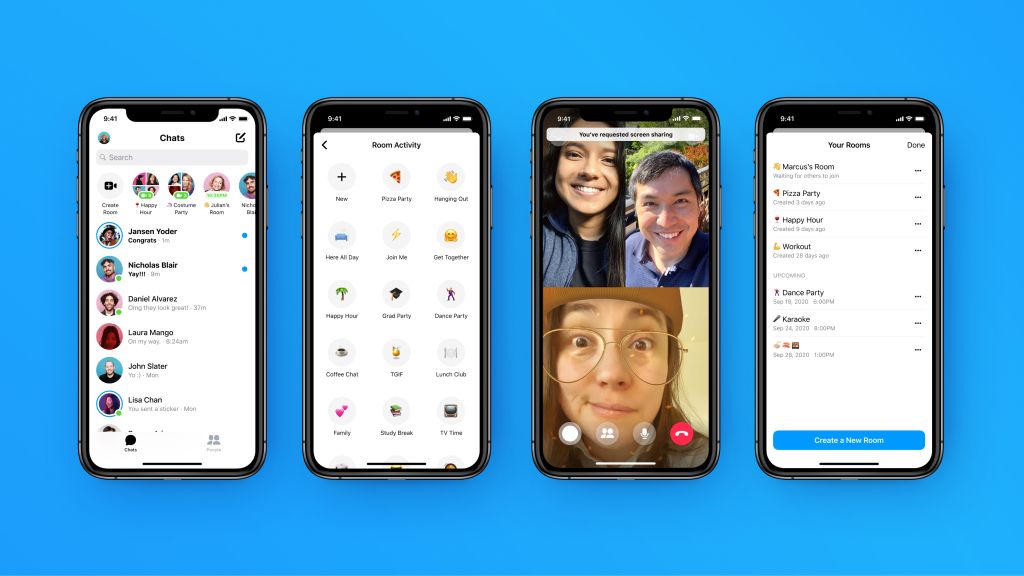 Facebook is rolling out new features to Messenger Rooms to help the service better compete against Zoom and other rivals in the video conferencing space.

While users can already take advantage of Messenger’s AR effects such as immersive 360-degree backgrounds and mood lighting filters in Rooms, the social media giant is giving users even more ways to personalize their rooms and video chats on mobile

Facebook will now allow users to customize their backgrounds using their own photos but they can also use videos shot on their mobile devices as well.

The company also recently made it possible for users to share their meetings with others on the social media platform by turning their rooms into a Facebook Live broadcast.

In addition to the new personalization options, Facebook is also rolling out a new and easier way for users to create and discover Rooms in its Messenger mobile app.

With the new update, Rooms that users have been invited to will now show up at the top of the Chats tab in their inbox and users will even be able to create new Rooms right from within this tab.

Facebook is also making it easier to manage Rooms from within Messenger and users can now view, join and edit any of the Rooms they have created. They will now be able to invite additional people to a scheduled room as well as delete a Room they no longer want to be active. Rooms can also be easily shared by sending out notifications to ensure that invited guests don’t miss out.

After rolling out video calling to Messenger back in 2015, it makes a great deal sense that Facebook has expanded on this feature by adding video conferencing to its mobile chat app with Messenger Rooms.