A must-see conversation on the state of VC, this year at Disrupt 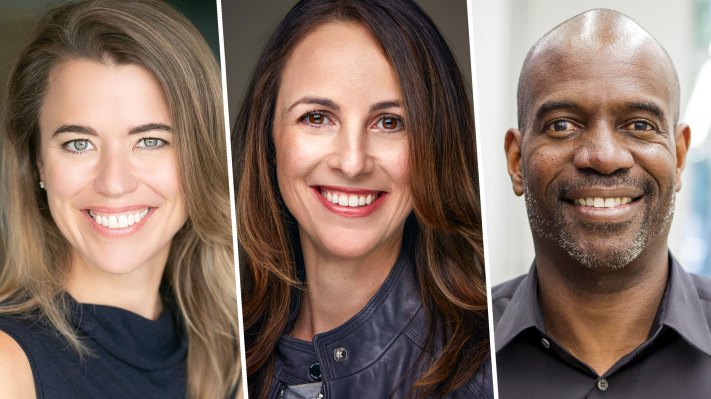 On a surface level, the world of venture capital doesn’t look to change much year to year. But in truth, the industry is very much in flux, with many firms grappling with a lack of diversity, dealing with succession questions, and confronting a growing pipeline of aging portfolio companies — to name just a few of the issues of the day.

In fact, one of the biggest shifts in the industry — one that’s years in the making but with no end in sight — is its atomization. Once a clubby industry, the landscape today sees new players, backed up by real dollars, every day, all over the world.

Indeed, at this year’s Disrupt, we’re very excited to be sitting down with three venture investors who spent much of their careers with powerful outfits before more recently — and boldly — striking out on their own to build their own brands.

It’s with their help that we’re going to take stock of many of the trends roiling the industry right now.

Lo Toney was a VP at Cake Financial, a general manager with Zynga, and the CEO of an online coding startup before jumping into the world of venture capital, first at Comcast Ventures and later at GV where he spent several years as a partner.

If he was tempted to stay with Alphabet’s influential venture arm, he didn’t, instead turning his work at GV — which centered increasingly on finding and funding promising and diverse fund managers and startups — into the opportunity to create his own shop. Now, Plexo Capital not only counts Alphabet among its biggest financial backers, but it has amassed stakes in roughly two dozen funds and many more startups. With most of them run exclusively or in part by people of color, Toney has also become a leading light for others who recognize diversity as a competitive advantage.

Then there’s Renata Quintini, who has spent the last year quietly building a new outfit, Renegade Partners, with cofounder Roseanne Wincek. Wincek previously worked at the venture giant IVP. Quintini, similarly, has held a number of investing roles at esteemed institutions. Among them is the Stanford Management Company, where she was an investment manager focused on VC and private equity investments, and Felicis Ventures, where as a general partner she worked with a wide number of rising stars, including the satellite company Planet, the self-driving startup Cruise Automation (now owned by GM), Dollar Shave Club (which sold to Unilever), and Bonobos (snapped up by Walmart).

It wasn’t a surprise when Lux Capital poached Quintini, in fact. But even Lux, which prides itself on the kind of deep science expertise that Quintini shares, couldn’t keep her from leaving to create something all her own.

The story isn’t so dissimilar for Dayna Grayson, who studied systems engineering and worked in product design before jumping into the world of venture capital, first as a principal with the Boston-based firm Northbridge Venture Partners and afterward, as a partner with the venture giant NEA.

There, based in Washington, D.C., Grayson led a wide number of deals for the firm, including in the metal 3D printing company Desktop Metal —  a five-year-old company that, absent an unforeseen development, is soon to be a publicly traded and valued in the multiple billions of dollars.

Undoubtedly Grayson could have stayed longer. Instead, nearly eight years into her career with NEA, she left late last year to cofound the early-stage venture firm Construct Capital with Rachel Holt, one of Uber’s first employees.

There is so much to talk about with these entrepreneurial investors, from how they compete against the heavyweights, to how they think about startups in a post COVID world, to whether or not there VCs have begun to over-index on business-facing investments to their own detriment — or if, conversely that opportunity remains limitless right now. That’s saying nothing about SPACs, rolling funds, and the latest twist in direct listings.

You definitely won’t want to miss this very timely conversation about the state of VC.

Disrupt 2020 runs from September 14 through September 18 and will be 100% virtual this year. Get your front row seat to see Grayson, Quintini and Toney live with a Disrupt Digital Pro Pass or a Digital Startup Alley Exhibitor Package. We’re excited to see you there.