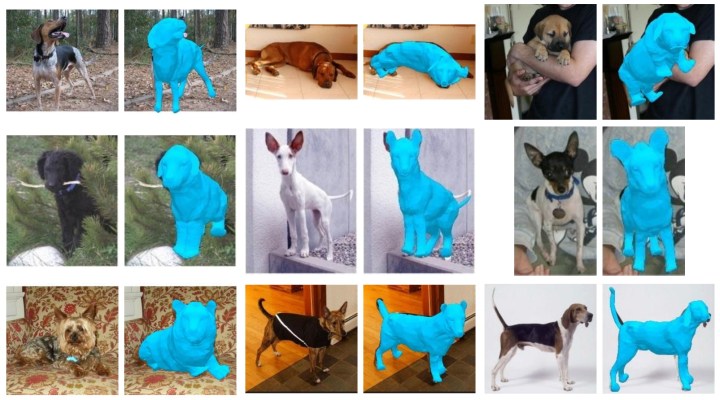 Research papers come out at far too rapid a rate for anyone to read them all, especially in the field of machine learning, which now affects (and produces papers in) practically every industry and company. This column aims to collect the most relevant recent discoveries and papers, particularly in but not limited to artificial intelligence, and explain why they matter.

This week in Deep Science spans the stars all the way down to human anatomy, with research concerning exoplanets and Mars exploration, as well as understanding the subtlest habits and most hidden parts of the body.

Let’s proceed in order of distance from Earth. First is the confirmation of 50 new exoplanets by researchers at the University of Warwick. It’s important to distinguish this process from discovering exoplanets among the huge volumes of data collected by various satellites. These planets were flagged as candidates but no one has had the chance to say whether the data is conclusive. The team built on previous work that ranked planet candidates from least to most likely, creating a machine learning agent that could make precise statistical assessments and say with conviction, here is a planet.

“A prime example when the additional computational complexity of probabilistic methods pays off significantly,” said the university’s Theo Damoulas. It’s an excellent example of a field where marquee announcements, like the Google-powered discovery of Kepler-90 i, represent only the earliest results rather than a final destination, emphasizing the need for further study.

In our own solar system, we are getting to know our neighbor Mars quite well, though even the Perseverance rover, currently hurtling through the void in the direction of the red planet, is like its predecessors a very resource-limited platform. With a small power budget and years-old radiation-hardened CPUs, there’s only so much in the way of image analysis and other AI-type work it can do locally. But scientists are preparing for when a new generation of more powerful, efficient chips makes it to Mars.