At 15TB, this is probably the highest capacity SSD you can fit in a laptop null 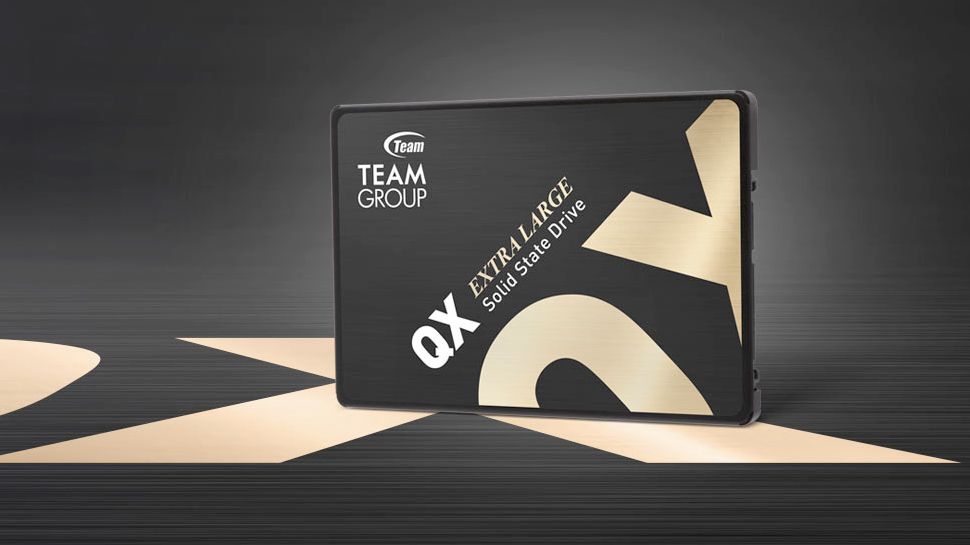 TeamGroup has revealed new consumer-grade SSD that offer capacity typically expected from a workstation-class drive. Team’s QX SSD can store up to 15.3TB of data and is aimed at users who need to store a lot locally.

TeamGroup’s QX 15.3TB SSD comes in a 2.5-inch/7mm form-factor and therefore can fit into a typical laptop, something that hard disk drives of the same capacity just cannot do.

Like other 2.5-inch SSDs, Team Group’s QX SSD features a SATA 6Gbps interface with applicable performance levels. The manufacturer claims an up to 560MB/s sequential read speed as well as an up to 480MB/s sequential write speed when pseudo-SLC cache is used, which is in line with mainstream SATA SSDs.

TeamGroup says that it uses 3D QLC NAND memory for the drive, but does not disclose which controller is being used for its QX 15.3TB SSD. The only thing we do know about the controller at this point is that it supports pSLC caching and features a DRAM cache buffer.

TeamGroup’s QX SSDs are covered with a three-year warranty and are rated for up to 2560 terabytes written (TBW), which is about 0.15 drive writes per day (DWPD). The DWPD rating of the drive is lower than that of typical consumer SSDs, but since we are dealing with a high-capacity drive, such a low rating may be justified in the consumer environment.

Apart from its extraordinary capacity (at least for this class of drives), TeamGroup’s QX 15.3TB SSD also carries an astonishing price tag of $3,990. This is significantly higher when compared to competing SATA drives carrying 16TB of 3D QLC NAND. For example, Nimbus Data charges $2,900 for its ExaDrive NL 16TB model.

Team Group’s QX of course has a unique selling point: a 2.5-inch/7mm form-factor and compatibility with laptops and ultra-compact desktops. But this USP may be just too overprized. Meanwhile, TeamGroup’s QX SSDs will be only made by order, so their final pricing will depend on factors like volumes and current NAND pricing.